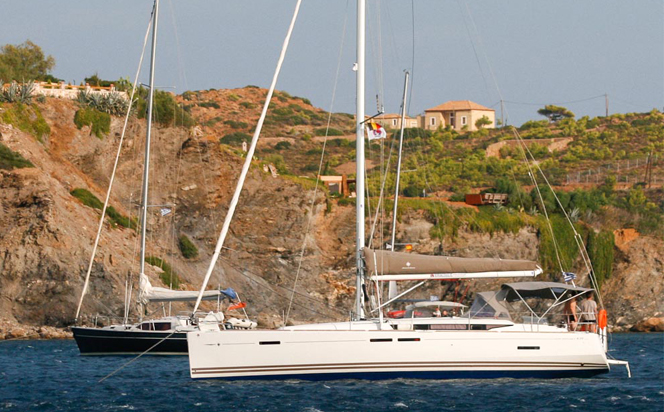 It’s all too easy to assume the windlass will work flawlessly, but if it doesn’t it can create significant problems.

Most yachts rely heavily on their anchor windlass when away cruising, yet they are often entirely neglected until something goes wrong. Even worse, windlasses are normally the item on board that operates in the harshest environment of all – on the foredeck where it’s frequently exposed to saltwater.

The most common problems are on the electrical side. Number one is a high current tripping out the circuit breaker that should be installed to prevent the motor overheating. It’s therefore important for the skipper to know where this is, as well as at least one other crewmember. In many cases the location is not obvious as it’s located between the unit’s own battery (which may be in the forepeak) and the windlass itself. It goes without saying that dragging a half-raised anchor through a crowded anchorage is not the time to be trying to locate it for the first time.

Other electrical problems are likely to be down to insufficient power reaching the unit. This may be as a result of undersized wiring, compounded by lose or corroded terminals. Alternatively the battery may lack charge, either due to age or repeatedly using the windlass without running the engine. Problems with the switchgear are also common place – these rarely have a long service life, especially in sunny climates, where they should be replaced every three or four seasons. 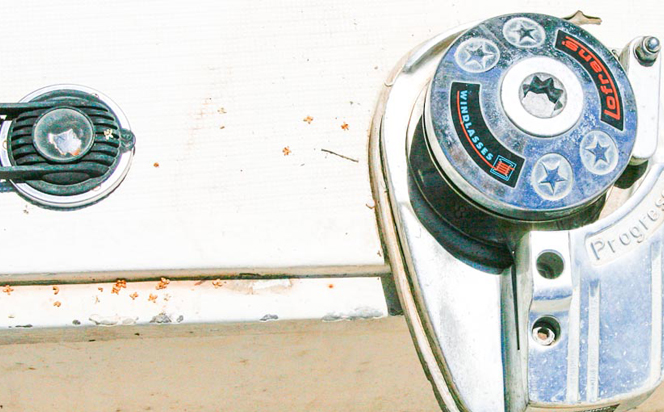 Windlasses are located at the very wettest part of the boat, where they are constantly subjected to salt spray. Remember to replace the switch-gear at regular intervals

The most common causes of mechanical failure are generally connected with lack of use – even if you rarely anchor, operating the windlass a few turns every couple of weeks will keep all the parts moving and highlight any developing problems at an early stage. Nevertheless, an unloved unit that’s partially, or even completely seized, can often be brought back to life if it’s stripped down, cleaned and reassembled.

When stripping the windlass there’s a possibility of corrosion between stainless steel screws and aluminium components. If possible, flush the area with hot water to remove encrusted salt, allow it to dry, then spray thoroughly with penetrating oil 24 hours before starting work. If necessary, use heat to help with loosening the screws. Once removed, seized assemblies can be bathed in paraffin to help free them.

When the unit is reassembled, components should be coated lightly with waterproof grease. Use zinc or barium chromate paste on screws and other stainless steel components that are in direct contact with aluminium, to reduce corrosion between the two. This will facilitate the operation the next time the unit needs to be serviced.