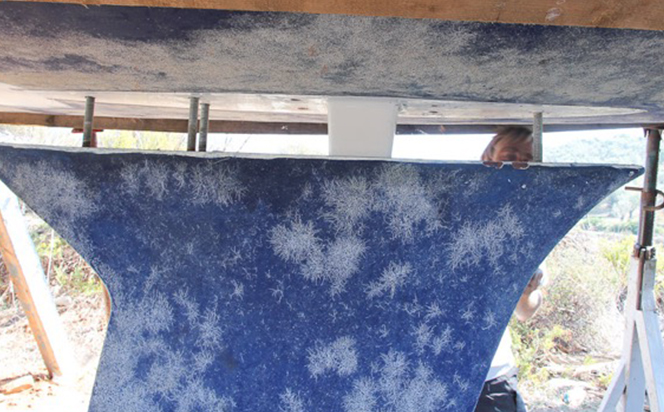 Dropping a keel in preparation for repairs

It’s easy to assume that a boat’s keel is properly attached, but there’s no way of knowing for sure without getting it properly checked out. Granted, in some cases damage to the keel attachment is immediately obvious. This often manifests as a gap between the front of the keel and the hull, indicating that the bolt heads are starting to pull though the stiffening structure within the hull. This is frequently accompanied by cracks around the stiffeners in way of the after end of the keel, where the keel here has been pushed upwards into the hull following a grounding.

All such damage should be properly repaired, under the supervision of a qualified surveyor, as the consequences of not doing so are simply too large to contemplate. Indeed, after any grounding the boat should be immediately hauled ashore for inspection – most insurance companies will be happy to cover the costs of doing so. 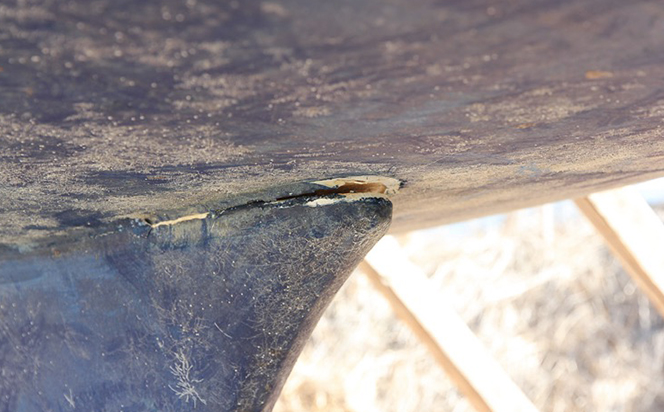 However, it’s also possible that there are unseen problems that are festering away on boats with no outwardly obvious damage. While stainless steel keelbolts offer many advantages, the scope for the material to develop crevice corrosion, which will seriously weaken the fastening, must not be ignored. Stainless steel is particularly susceptible to this in a damp, but oxygen free, environment – exactly that in which keelbolts must live. X-ray or ultra-sound testing can be used to check for damage in this respect.

With iron keels galvanised mild steel bolts are much more likely to be used, in some cases with the heads enclosed in resin in the bilge. If these get wet then they may expand and crack the resin. However, with modern construction the bolts generally only need to be replaced in a very small number of cases. It’s worth noting that this is different for traditional wood construction, where the underwater timber is permanently somewhat damp with the boat afloat, before drying out and shrinking when it’s hauled ashore, which inevitably results in the bolts losing a significant material over a period of years. 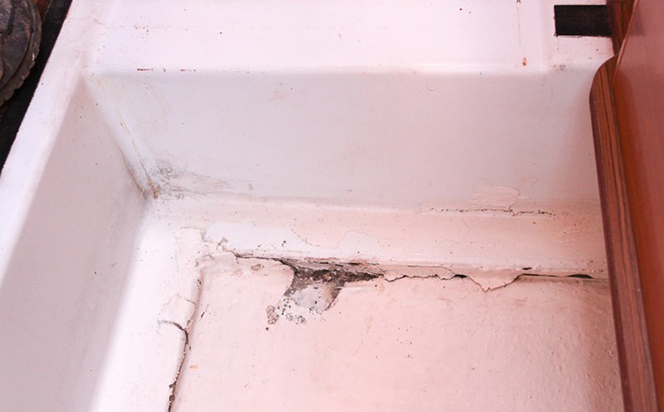 …the bilge of the same boat, showing extensive cracks in way of the structural support for the keel

Yachts with encapsulated keels in which the ballast is in effect contained within the hull moulding have many advantages, although they are by no means immune from problems. These tend to stem from grounding damage allowing water into the keel area, which then starts to cause an iron keel to rust. This process then causes the oxidised metal to expand. Encapsulated lead keels are therefore more resilient to problems arising from water ingress following a grounding than their iron counterparts. Given that repairing damage with this type of construction is significantly easier if there has not been significant water ingress, it’s worth doing so as quickly as possible. Above all, it certainly shouldn’t be seen as a cosmetic problem that can be left until the boat is next hauled ashore. 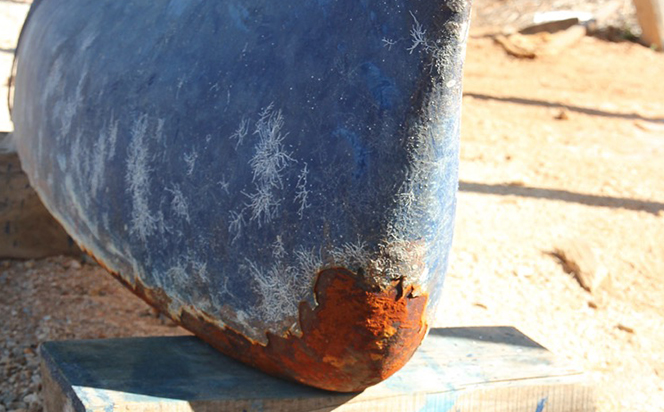 Grounding damage can clearly be seen on the front of the base of this keel, indicating the boat should be checked for further damage.