Cats on Fire in Cardiff Bay 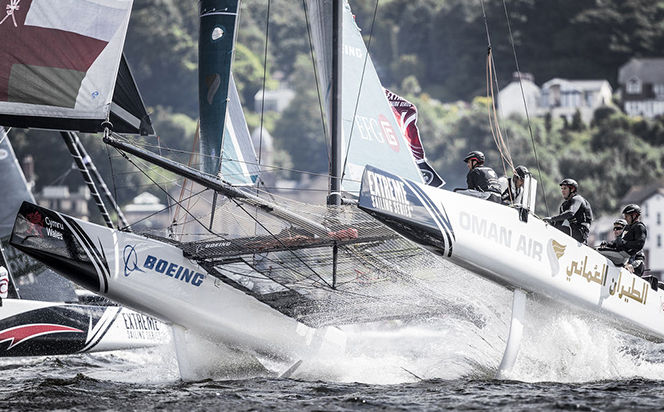 In the third event raced in the stunning new fleet of GC32 foiling catamarans, Morgan Larson’s Oman Air team notched up another victory that sees them retain the overall lead in the 2016 Extreme Sailing Series. Cardiff Bay delivered stunning conditions that saw the boats hit speeds of up to 35 knots in front of thousands of spectators.

However, the final day could not have been closer, with the Omani team of Larson, Pete Greenhalgh, James Wierzbowski, Ed Smyth and Nasser Al Mashari only narrowly retaining their lead thanks to a dramatic late charge by Roman Hagara’s Red Bull Sailing Team. 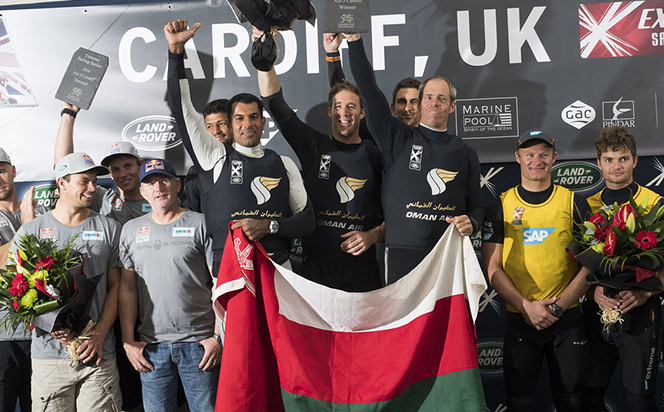 Clearly rattled, Oman Air finished last in the final race. However they had done just enough earlier on in the day to guarantee victory, sneaking the overall win by just six points after 29 races.

“We’re feeling fantastic,” Larson said. “It was a tough end to the day but we did what we needed to do. It’s great to come away with a win. Red Bull Sailing Team did an awesome job with their comeback, hats off to those guys. We’ve got a couple of weeks now to enjoy some time out before we regroup for Hamburg.” 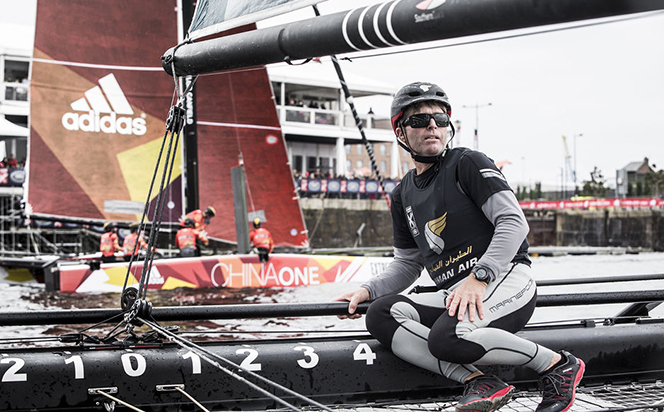 Oman Air sail alongside CHINA One on Cardiff Bay. The American skipper helmed the team to Act victory, despite recording their worst result of the regatta in the final race of the day when they finished last in the seven-boat fleet. © Lloyd Images

The result propels the Red Bull team into second on the overall scoreboard, leapfrogging Swiss crew Alinghi who finished fourth in Cardiff. “We’re delighted – it was another final day that was almost perfect for us,” Hagara said. “Apart from being over the line in one race we did everything really well. This is a message to the other teams that we mean business. We have the crew to win the Series and now we just have to push.”