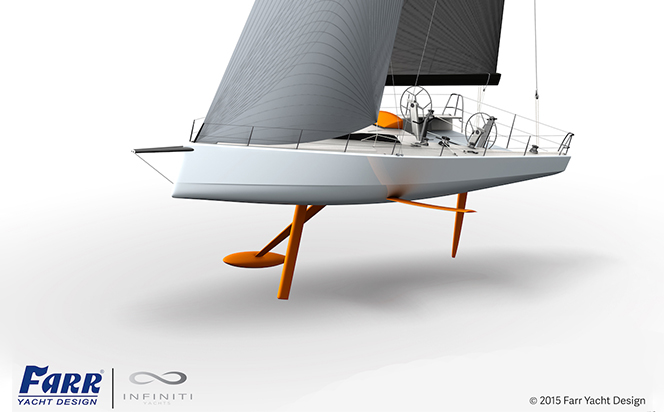 The benefits of foiling for grand prix monohull racing yachts has been well proven over the past few years and the technology is now making the transition into series built production models. While these are not full foiling designs in the manner of the AC45 catamarans used in the America’s Cup World Series, they offer significant performance benefits particularly in moderate to strong winds.

These designs use the patented lateral DSS foils created by British naval architect Hugh Welbourn. When deployed to leeward the foil provides vertical lift, dramatically increasing the boat’s stability and therefore the amount of power that can be extracted from the rig. The stronger the wind, the faster the yacht (and its DSS foil) travels through the water, and as a result, the more lift and stability the foil generates. The foils also reduce heel and pitching, making for a smoother, more efficient ride. In lighter breezes the foil is retracted into the hull to reduce drag.

Designed by Welbourn, the Infiniti 46 is an uncompromised carbon fibre racing yacht optimised for coastal and offshore racing. It is available with fixed keel or canting keel/single daggerboard options to complement its lateral DSS foils. The British owner of the first boat has a schedule planned including the world’s classic 600 mile races including the 2016 Rolex Sydney Hobart and the 2017 Fastnet. The canting keel provides even more righting moment and stability, enabling the boat to be raced competitively with a crew of just six. 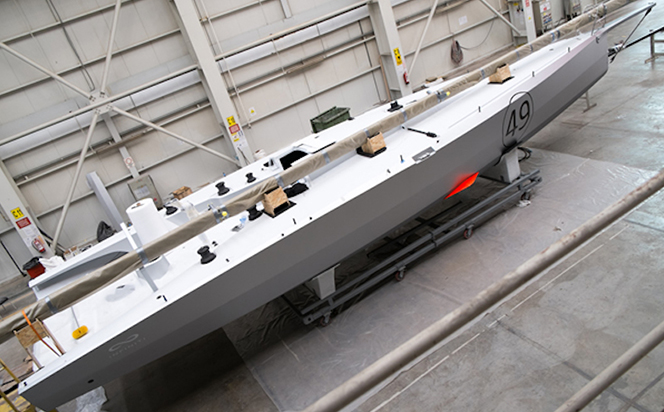 The Infiniti 53 is the first of the range from the board of Farr Yacht Design. It’s fitted as standard with a canting keel, a single daggerboard and DSS foil. The boat was conceived as a modern version of Farr’s canting keel Cookson 50, which has won, or been on the podium, of every major offshore event worldwide. The new boat’s very low drag hull form can be driven efficiently by a moderate sail plan even in light airs.

Both models are built in China by McConaghy Boats. Run by a mix of Australian, New Zealander and American boat builders, the company has an enviable reputation for building state-of-the-art race boats, including Mach 2 foiling Moths, the Ker 40+, 42 and 46, plus the J/70 and MC38. McConaghy was also responsible for the curved J-foils used by the AC45 fleet.