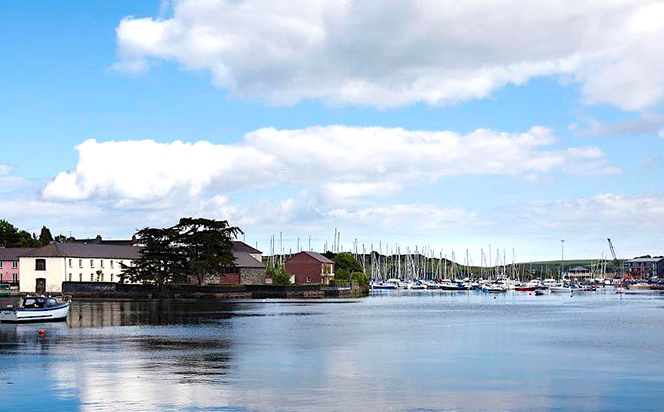 The west coast of Ireland is one of Europe’s most spectacular cruising grounds, encompassing deeply indented fjord-like rias, the continent’s highest sea cliffs and countless small fishing and farming villages, along with a uniformly welcoming reception. The medieval town of Kinsale, on the southern coast, is only 47 miles east of the infamous Fastnet Rock and 56 miles from Mizen Head, the island’s most southwesterly corner, making it an excellent jumping off point for the west coast.
The port is in a river estuary, the entrance of which enjoys excellent protection from Atlantic swells thanks to the majestic Old Head of Kinsale, which extends four miles south of the entrance. The town is also conveniently only 12 miles from Cork’s international airport.
Providing you’re set up to deal with the strong tides in the river, there’s plenty of space to anchor. However, all but a handful of visitors berth at Kinsale Yacht Club’s marina, which caters for a wide variety of modest craft, including berths for superyachts of up to 65 metres length and 9 metres draught. An alternative is the 130-berth Castlepark Marina on the opposite shore, a little further upstream.
Aside from Dublin and Cork, Kinsale is one of Ireland’s major yachting centres, with the club hosting top-level international events, while residents include famed superyacht designer Ron Holland. All marine trades are represented here, despite the small size of the town – the permanent population is less than 2,500 people. There’s also a chandlery and boatyard.
One of the best-kept secrets about south and western Ireland is the high standard of the cuisine, with Kinsale seen as the region’s gourmet capital. There are seafood restaurants in abundance, as you might expect, as well as plenty of local produce sourced from the fertile agricultural land nearby. 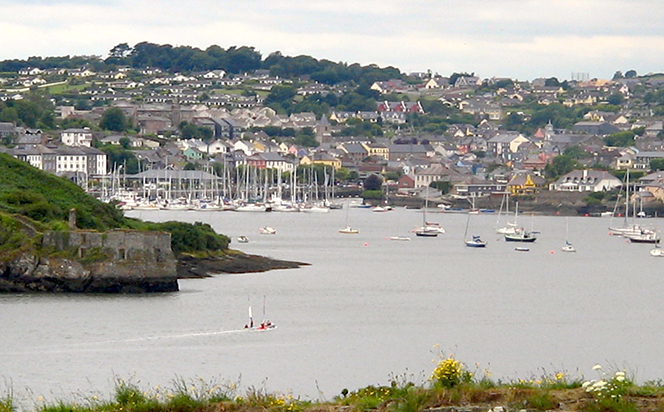 In terms of provisioning, there are well-stocked supermarkets, butchers and greengrocers, plus a truly fantastic farmers’ market on Wednesdays that sells a wide range of first class produce and street food. The region has also long been a magnet for the artistic community, so the town is home to many galleries among its brightly painted shops.
As you head further west, for the most part you will encounter much smaller communities, yet travellers are welcomed with a broad smile. Even in remote areas topping up on provisions is generally easy – traditionally all but the very smallest settlements benefited from a shop, pub and post office, with all three components combined within a single business and building, meaning many more have survived than in small communities elsewhere in western Europe.