The 2015 Volcano Race, organised by the International Maxi Association’s Volcano Race in conjunction with the Yacht Club Gaeta EVS, saw an impressive line-up of large yachts for this iconic 391-mile offshore race. The course saw the fleet set off from Gaeta, north of Naples on Italy’s west coast, on an anti-clockwise lap of the Aeolian Islands to the north of Sicily, including the active volcano of Stromboli. The boats then returned to Gaeta, leaving the island of Capri to port.
The largest boat in the fleet, Igor Simcic’s 100ft Esimit Europa 2 led all the way around the course to take line honours. However, her progress to the Aeolian Islands was consistently slowed all the way by a weather front. She kept running into this, causing her to lose the wind, while the boats astern continued to make good speed. As a result, despite having an all-star crew on board, including triple Olympic gold medallist Jochen Schümann as skipper, Simcic’s boat was unable to break away far enough from the fleet to save her time on handicap. 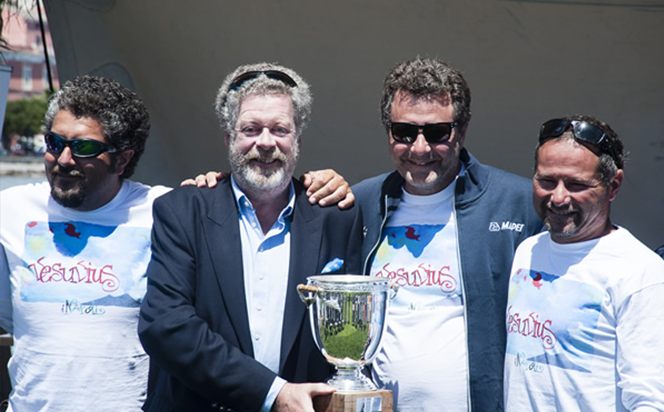 In fact, it was the lowest-rated boat in the fleet, Giuseppe Puttini’s classic Swan 65 Shirlaf, that took victory on corrected time, two hours 19 minutes faster than Enrico Gorziglia second-placed Wally 60 Good Job Guys. “The race was indeed tough, but we enjoyed it a lot – the colour of the sea and the volcanic islands are beautiful and we saw dolphins,” Puttini said. “We changed sails many times and the crew worked hard and barely slept for the three days. When we returned to Gaeta at 2am we were surprised and very happy to find people from Yacht Club Gaeta and IMA waiting for us with hot food and beer.” 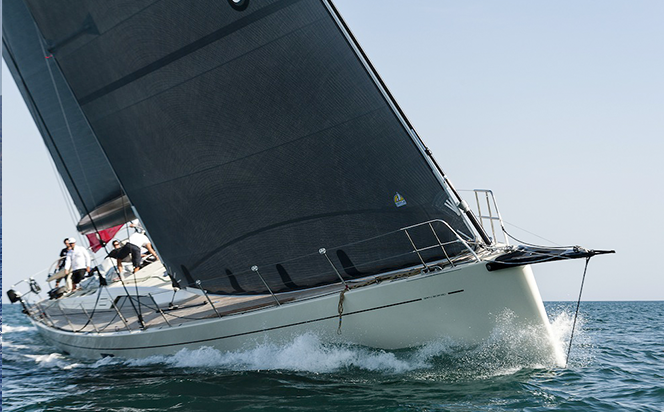