by mariapedreira • May 20, 2014 • Mediterranean, Photo Gallery, Superyachts, Uncategorized • Comments Off on Palma expands Boatshow for Superyachts • 1587 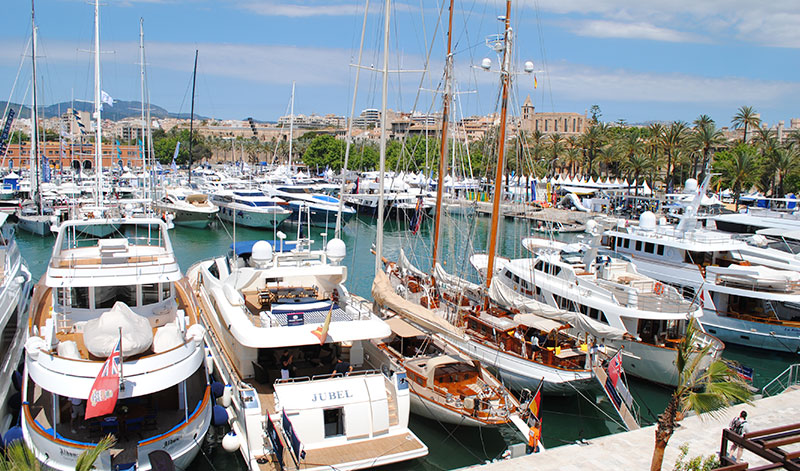 Palma de Mallorca is the jewel in the crown of yachting in the Mediterranean, and undoubtedly one of the premier locations in the world for every type of water sports activity from wind surfing to superyachts.

It hosts some of the worlds most famous and respected sailing regattas in its enormous south facing bay, and has invested in the largest repair and refit boat yard in Europe, where up to 65 superyachts can be accommodated and attended to at the same time! So with this background, the 2014 edition complete with the newly established Palma Superyacht Show, was eagerly awaited as it opened on the last day of April, as were the sunshine and warm temperatures which are almost guaranteed in the Western Mediterranean in early summer. 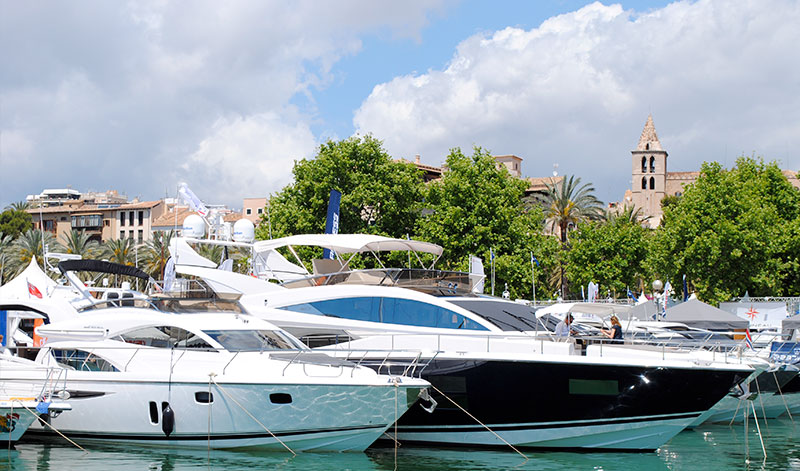 As it turned out, over 200 boats were on display in the water including around 50 superyachts between 24 and 58 metres. There were 158 exhibitors in all, of which 25% were at the show for the first time. This was more than enough activity to completely fill the available show area, with the superyacht section overspilling into the shipyard premises alongside. And according to official figures, 32,000 visitors passed through the turnstiles during the course of the five-day show, with a surprise visit from Queen Sofia of Spain! 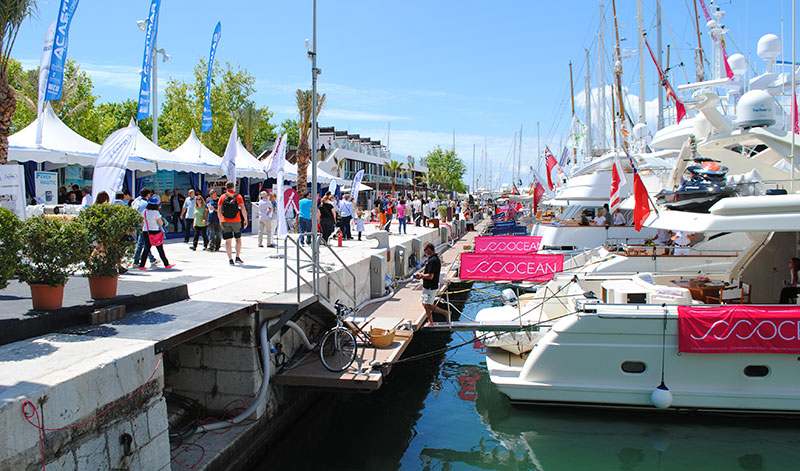 The majority of the superyachts were moored at the newly reformed Moll Vell Superyacht Marina, whose club house and facilities building offers on its top floor, an elevated viewing terrace open to the public. This must be one of the worlds best ‘boat show panorama’ photography spots, and the modern stylish building itself provided an attractive backdrop with a wide newly paved area in front allowing comfortable viewing of all the moored yachts. 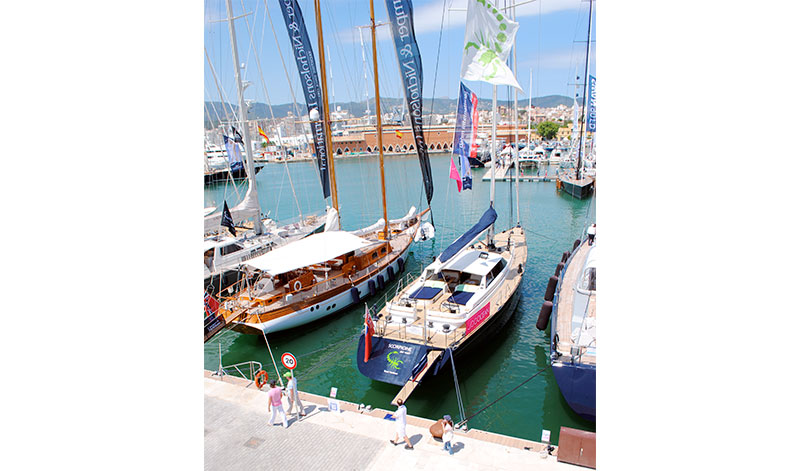 This whole scene is virtually in the shadow of the towering presence of Palma Cathedral, one of Europe’s most famous Gothic buildings dating from the 13th Century. According to the organisers of Boatshow Palma, they are so pleased with this years event, and the feedback they received from happy exhibitors when the doors closed on 4th May, that they will be expanding it even more along the length of Palma’s sea front, and even dredging parts of the harbour to allow even larger megayachts to participate next year! Palma de Mallorca has now rightfully taken its place at the forefront of the world’s premier boat shows