Brutal Weather in Store as Teams Prepare to Resume Racing 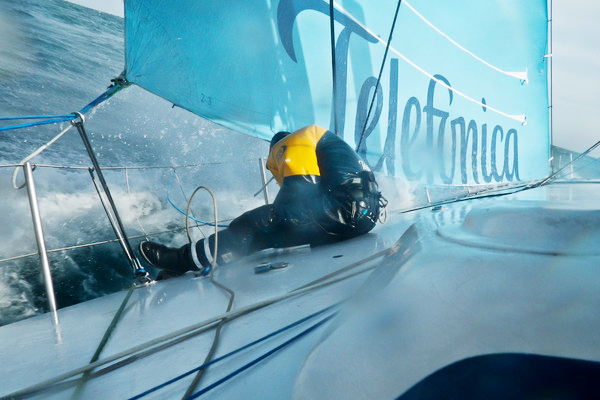 Fierce conditions and the potential for more breakages will be on the minds of all six teams as they gear up for a return to competitive action with the Sanya Haitang Bay In-Port Race on February 18 and the start of Leg 4 to Auckland, New Zealand the next day. (see pic above : Credit: Diego Fructuoso/Team Telefonica/Volvo Ocean Race)

Saturday’s in-port starts at 1400 local time (0600 UTC) with near perfect winds and flat seas forecast for the 60 minute inshore course.

The predicted conditions for Sunday’s Leg 4 start are in stark contrast with fierce monsoon winds kicking up a punishing sea state likely to give the fleet its toughest test to date as they funnel their way between Taiwan and the Philippine island of Luzon on the way to New Zealand.

Race leaders Team Telefónica opted to miss today’s practice race to swap out their rigging after a routine check revealed a problem.

The Spanish team’s decision ultimately cost them little in lost training time when light winds forced the abandonment of the practice race.

Telefónica skipper Iker Martínez said the team were being cautious because of the forecast of strong winds and the fact that two boats lost their masts during Leg 1.

“We want to be super safe,” he said. “We found something that we didn’t like much so we’ve decided to replace the rigging for the next leg, and we have a spare rig here that we’ve used already and we’re very confident with.”

Race meteorologist Gonzalo Infante is forecasting a monsoon to develop to the north of Taiwan resulting in north easterly winds of between 35 and 40 knots across the South China Sea over the weekend.

Infante says Sanya Bay’s protection from the north east monsoon by mountains should mean conditions for the in-port race will be perfect with moderate winds and flat seas. Offshore it will be a very different story when the fleet sets off for Auckland the following day, potentially requiring the teams to resort to survival techniques to protect their boats from the huge waves. 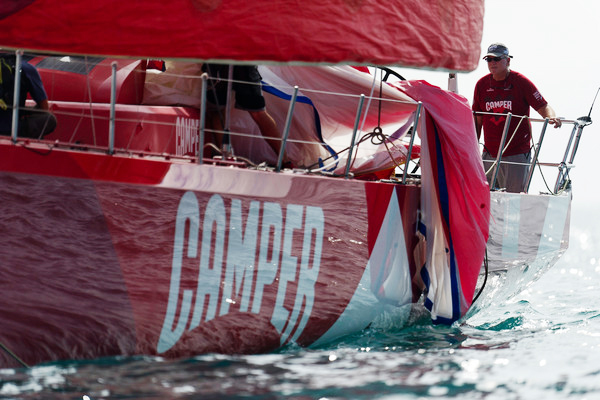 Team Telefónica take a 15-point lead over Chris Nicholson’s CAMPER with Emirates Team New Zealand into this weekend’s resumption of racing and will be keen to consolidate this with a repeat of their in-port race winning form in Cape Town before the start of Leg 2.

Second placed CAMPER are yet to register a victory but according to team managing director Grant Dalton a strong performance on Saturday is vital if they are to close the gap on Telefónica.

“If Telefónica keep on going the way they are, we’re not going to beat them, you don’t have to be a rocket scientist to work that out.”

Dalton, who won the race himself in 1981-82 and 1993-94, said the fourth leg to Auckland, which the Spanish-sponsored team counts as one of two bases, was also providing motivation.

“Auckland is important for two reasons,” he said. “It’s important because there’s so much history of titanic struggles into Auckland — the last three races I did we were never more than a couple of minutes apart the whole way – and it’s important for some of the guys because they’re coming home.

“It’s both pressure and motivation. You’re motivated to sit on the rail for the last two and a half days if you have to.” 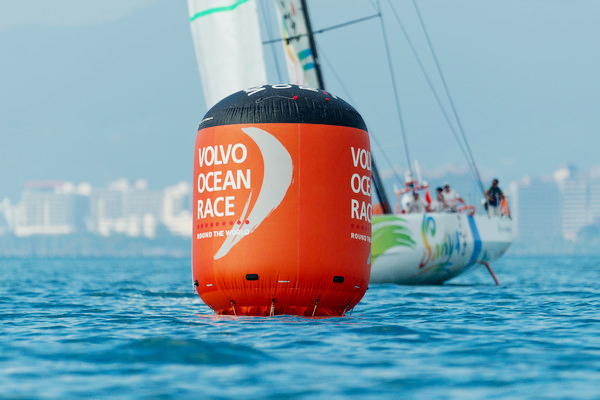