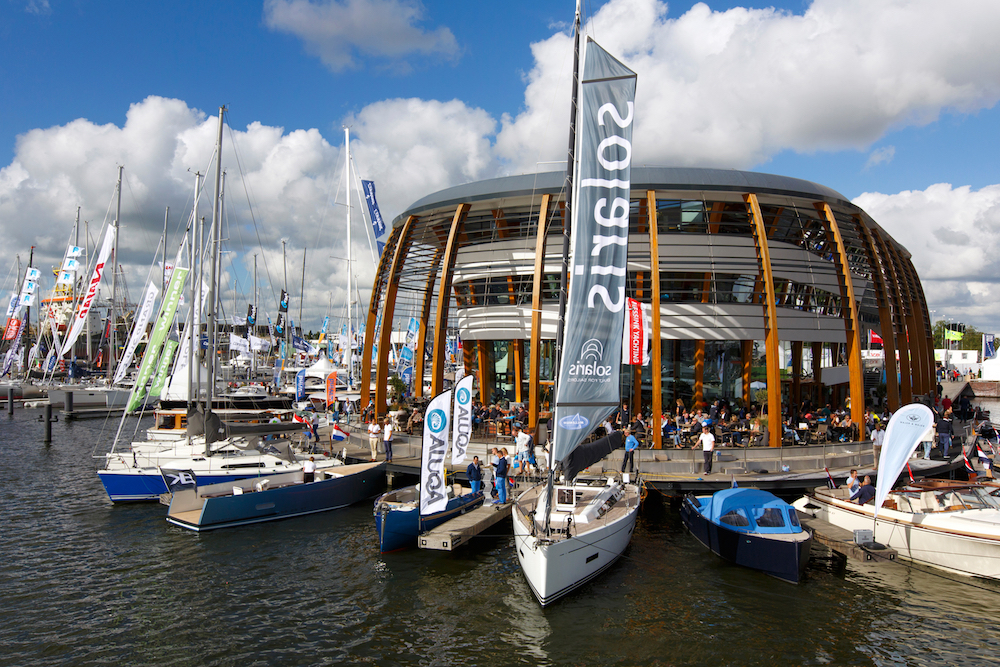 The HISWA boat show which takes place at Amsterdam Marina, only a 15 minute ferry ride from the city centre

Few capital cities are as intertwined with the water as Amsterdam, a city of some 90 islands, linked by 1,200 bridges over its 60 miles of canals. Many of these are deep water routes and provision is made for yachts to pass right through the city to the Markermeer and Ĳsselmeer inland seas to the east without lowering their masts. The few locks are automated and single-handing a yacht on this route is feasible.

A 15-mile journey inland from the 650 berth marina at Ijmuiden, via only one lock, the city centre is easily reached from the sea in only a few hours. Once there, deep draught yachts of up to 40 metres length can be accommodated. Mooring options include Amsterdam marina, which offers 350 berths for vessels up to 30 metres and has ferry links to the city’s main Schiphol international airport and the central train station, the latter taking only 15 minutes. This is a new facility, built to a high standard in 2012 and yet has realistic costs. On opening it transformed berthing for yachts in Amsterdam, significantly increasing the number of places available across the six smaller marinas in the city. It’s also the venue for the annual HISWA in water boat show, which takes place at the end of August each year. 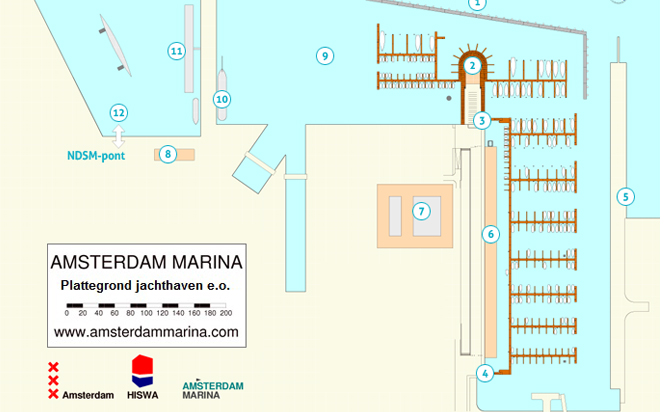 The Markermeer and Ĳsselmeer are two large lakes (though formerly areas of sea) totalling 700 square miles. Although shallow, with many areas of only three to five metres of depth, they are excellent cruising areas in their own right, with many attractive harbours and a well developed infrastructure for boating. If heading onwards towards the Baltic Sea, it’s possible to exit the Ĳsselmeer towards its northern end, from where Brunsbüttel at the entrance to the Kiel Canal can be reached in a series of day sails, mostly within the shelter of the Frisian islands.

The Dutch summer is not as warm as areas further south, with average highest temperatures of 22 degrees Celsius in July and August. However, on average rainfall is significantly lower than the hillier western European countries that border the Atlantic ocean.