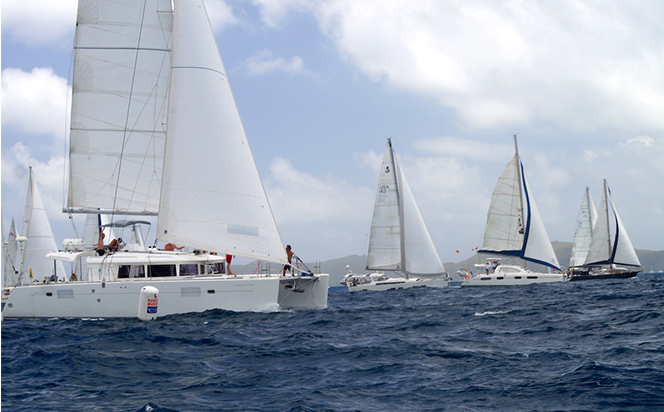 The fleet at the start, leaving Tortola in the British Virgin Islands. Credit: © WCC / Isabelle Tremblay

These rallies are timed to coincide with the period in which yachts tend to be leaving the Caribbean en route to Europe or the eastern seaboard of North America in order to avoid the five months of hurricane season. This year 44 yachts from 16 different countries are taking part, thanks to flexible routing options that increase the number of boats for which these rallies are a viable option when returning from a winter season in the Caribbean.

There are 29 yachts crossing the Atlantic from west to east in ARC Europe, which has two starting points: Nanny Cay, Tortola, British Virgin Islands and Portsmouth, Virginia USA. The fleets combined in Bermuda, before sailing onwards to the Azores. Marina de Lagos, Portugal, is the primary destination, but some boats will divert to the Mediterranean or to northern Europe on the final leg. 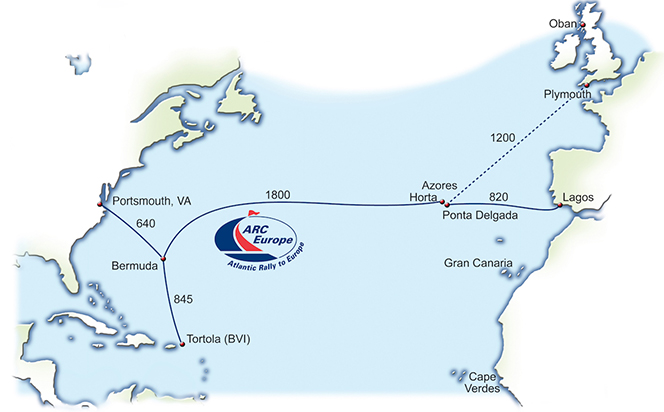 Navigating ‘The Cut’ on the approach to Georgetown in Bermuda. Credit: © WCC / Jake Albano

The main bulk of ARC USA set out from Nanny Cay, Tortola alongside the ARC Europe fleet and sailed with them as far as Bermuda, before continuing to the eastern seaboard of the USA. The final group sailed direct from Tortola to Fort Lauderdale, Florida USA via the Old Bahama Channel. Their route passed close to the north shores of Puerto Rico, Hispaniola and Cuba, where the fleet was sheltered from the Atlantic swells by the Turks and Caicos islands and the Bahamas

The respective fleets set off on Saturday 7 May, with sunny skies and a strong south easterly breeze of 15-16 knots. The boats then left Bermuda on May 17 for the 1800- mile leg to Horta in the Azores. Once there, the rally will visit four of the islands over a 12-day period, before the last leg that will see the boats heading to their final European destinations. There will be a final prize giving ceremony in Lagos, Portugal on 19 June 2016.