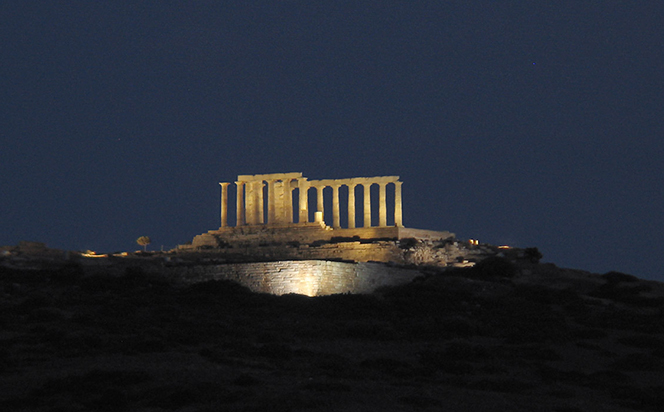 The closest island to Athens has a lively charm to which many are attracted. It’s clearly a place to which people travel for enjoyment, yet the main port, which also bears the island’s name and has a population of 7,000 can be noisy from dawn until the early hours of the following day. Despite this, it’s one of the most popular destinations for yachts in the region.

Part of this can be attributed to geography, it’s only 20 miles from the main marinas of Athens and Piraeus, and just 17 miles from the Corinth Canal, making it an excellent first or last overnight stop when passing through the canal. It’s also only a short hop from the spectacular anchorage beneath the 2,500 year old Temple of Poseidon at Sounio as well as the quieter and more traditional islands further south including Poros, Spetses and Hydra. 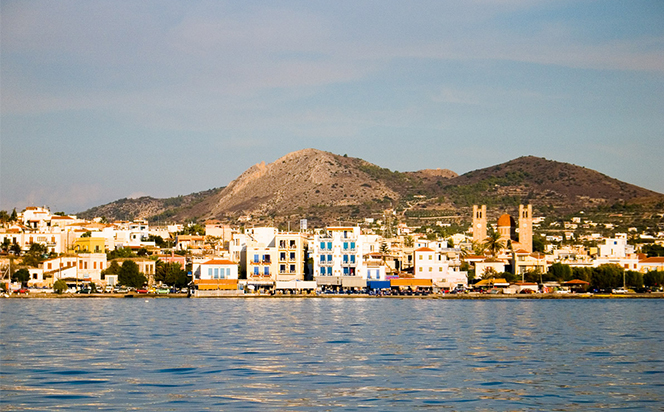 Aegina’s well-sheltered main harbour has space for hundreds of yachts of up six metres draught anchored stern to the quay, but can get very busy at weekends in peak season. The newer marina, built to the south of the original breakwater, benefits from a slightly quieter location. Although it tends to be filled with local boats that are moored on lazy lines, it also accommodates some visiting craft.

Provisioning is excellent with a wide variety of fresh produce brought in from Athens on a daily basis. However, the island is not self-sufficient in water and is heavily reliant on a tanker ship in summer. There have been occasions during the busiest part of the season in recent years when the taps have run dry for an hour or two. Therefore, although there’s rarely a problem with supplying yachts, it would be wise not to wait until your intended departure time before topping up the tanks. 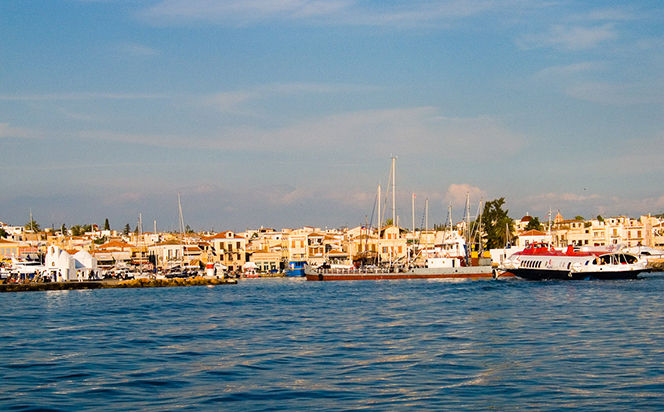 The entrance to the busy harbour, showing the water tanker in its berth and a fast hydrofoil ferry entering

Transport connections to the mainland are excellent, with frequent fast ferries to Piraeus that take only 40 minutes. From there, Athens international airport is only a further 45 minutes by taxi, or 90 minutes by public transport.

Generally, winds are relatively light in this part of the Saronic Gulf compared to the majority of the Aegean, although the north-to-north easterly Meltemi encountered from June to October may produce a maximum of force 4-5, occasionally 6. The high ground near the entrance to the Corinth Canal and Sounio may experience stronger gusts.