Celebs Hell on the High Seas 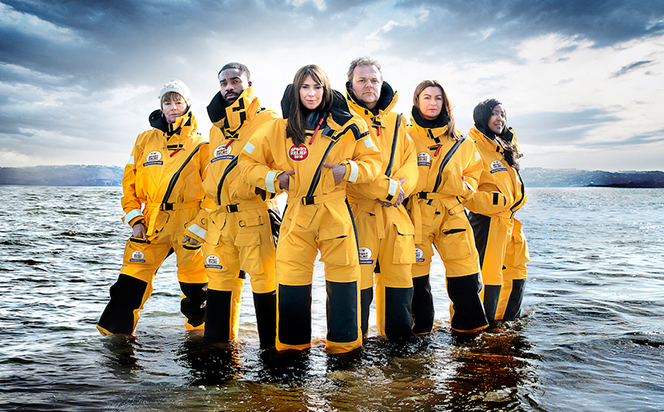 Have you ever wondered what it’s like to experience 1,000 miles of offshore sailing on a state of the art big racing yacht? In early March, BBC’s ‘The One Show’ presenter Alex Jones, along with five other celebrities including Angellica Bell, Ore Oduba and Suzi Perry did just that, in an effort that raised more than £1,000,000 for the BT Sport Relief Challenge.
They endured a five-day sail from Belfast in Northern Ireland, around Lands’ End and into London in early season conditions that pitched them against biting cold and winds exceeding 40 knots. The six celebrities were joined on board the 65ft Volvo Ocean Race yacht by professional sailors including Dee Caffari, the first woman to race solo non stop in both directions around the globe, and Volvo Ocean Race winning skipper Ian Walker.
While the conditions on board were no surprise to the professional sailors, getting to grips with the most basic of living conditions on board, with no cooker – merely a facility to boil water – and a toilet that consists of little more than a carbon fibre bowl in the open plan area of the boat forward of the main bulkhead, was a bigger challenge for the guests.
With an intense low-pressure system heading in from the west, the team had to push quickly to the south to ensure they rounded Lands End before being subjected to gale force head winds. They then stopped in Plymouth for a few hours’ rest while the wind peaked at speeds of more than 40 knots. After leaving at midnight, passing through the Solent the following day proved to be a highlight of the trip, when they were buzzed by Sir Ben Ainslie’s Land Rover BAR foiling AC45 catamaran. From there onwards they had a smoother trip up channel and into the River Thames, where Tower Bridge opened to allow the boat into the Pool of London just after dusk.
Here’s a playlist of video reports from the boat during the voyage.
The celebrities showed the same mix of emotion – tiredness, fear and joy that many of us will recognise from long offshore passages. Dee Caffari talks about the experience from here perspective on arriving in London here: