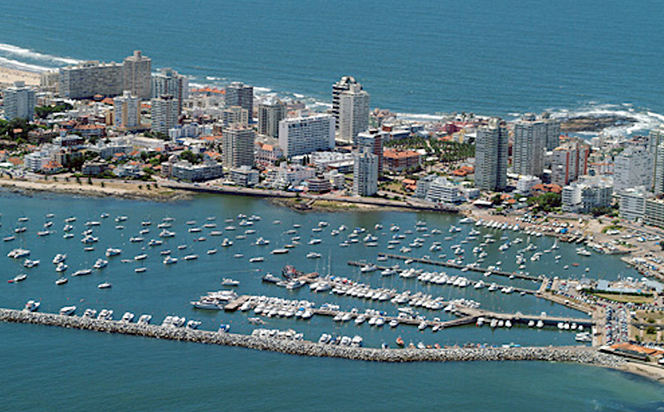 This long established resort on the southern coast of Uruguay has long been a playground for South America’s rich and famous. It also has a distinguished history as one of the premier yachting destinations on the continent’s east coast, having been a destination in the Whitbread and Volvo round the world races for many years.

There is an excellent municipally run marina with full facilities, good shelter and a friendly welcome, as well as mooring buoys that may be available for visiting yachts. While other marine facilities are by no means as comprehensive as you would expect to find in destinations that are on more popular routes, most marine trades are represented in the town, and much knowledge has been gained from working with the racing fleets in the past.
Local companies include a boatyard, boat builders, sail maker, marine engineer and marine electricians. Chandlery items and other equipment that’s not available locally can generally be easily sourced from the country’s capital, Montevideo, which is less than 100 miles distant.
The port’s two yacht clubs have an active membership, particularly during the 10 weeks of peak season, when prices in the resort tend to spike – the permanent population of around 12,000 grows by several multiples at this time of year. The upside of this is a cosmopolitan atmosphere, with a wide choice of top-notch bars and restaurants.

The extensive sandy beaches are also a big part of the town’s attraction, yet this is still an area that is, in general, sparsely populated and there is marine life in abundance – in the past pilot whales have even been observed playing within the harbour. 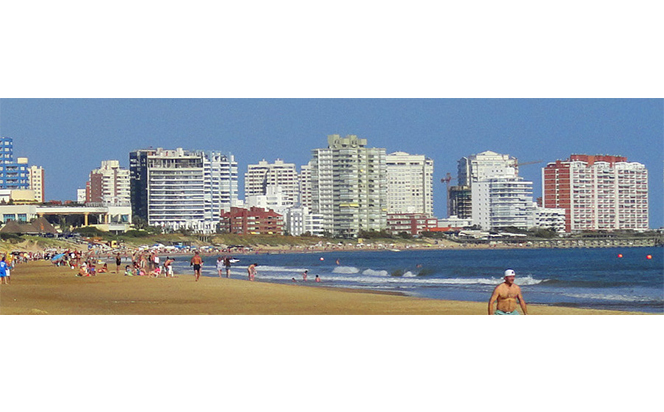 Punta del Este is at around 35° south – a similar latitude to Gibraltar – and enjoys a pleasant year-round climate. Summer temperatures tend to be lower than those of the Mediterranean, while being on the eastern shore of a continent rainfall throughout the year is comfortably low. On the negative side, strong winds are possible, though generally very well forecast in summer.
Nearby there is an airport with domestic and short haul international flights, while both Montevideo and the Argentine capital of Buenos Aires are within easy reach. Punta del Este is therefore one of the best ports for crew changes south of the big Brazilian coastal ports.
Yachts visiting this far south tend to be heading south to the Magellan Straits, Beagle Channel, or Cape Horn. Alternatively they may be working their way north having already visited these fabulous, yet challenging cruising grounds.