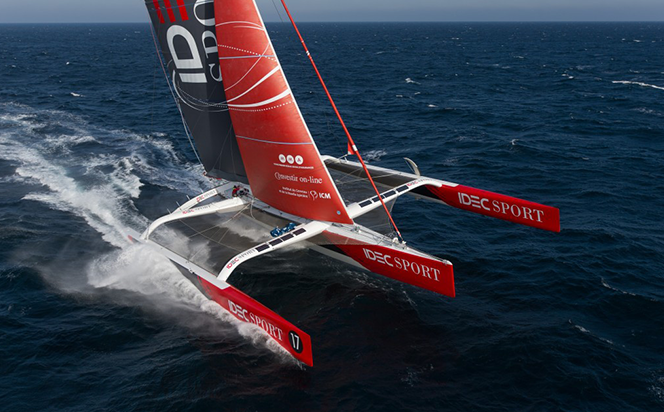 When Loick Peyron’s giant 40-metre trimaran Banque Populaire V circled the globe in just 45 days four years ago it seemed as though his new record was one in which the team could be confident of holding for many years.

At the time it appeared that a huge effort – and considerable expense at a time of scant sponsorship – would be needed to have any chance of bettering Peyron’s time.
However, the reality was that Banque Populaire V was such a large and powerful boat that she did not need to be driven hard to achieve success. Despite her stunning average speed of almost 26 knots – well over 600 miles per day – for more than two-thirds of her circumnavigation her crew was holding back from full speed.

Granted, some of this was essential for safety –in a voyage such as this you must successfully complete the circumnavigation in order to collect the trophy. BP V was capable of sailing 1.6 times faster than the true wind speed – so in 25 knots of breeze the boat would be flying at 40 knots of boat speed.

This the crew accepted as a safe maximum – so in theory she ought to be capable of a faster circumnavigation.

In mid November 2015, two boats – Dona Bertarelli’s Spindrift 2 (BP V in a new guise) and Francis Joyon’s IDEC Sport set out within two hours of each other with the intention of breaking Peyron’s 45-day record. 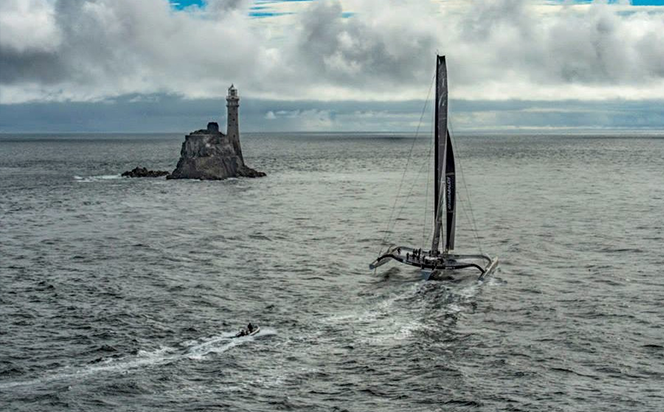 Having two craft simultaneously sailing around the globe at breakneck speed introduces an entirely new dimension to the challenge. Previous contenders have had only to watch the clock and keep ahead of the then record holder.

However, the two boats competing this time will have a psychological disadvantage in that there will always be a natural tendency to want to stay ahead of your opponent on the wken boats and there’s every chance that one or both of these two will end up forced into port for repairs.

For the moment, however, both are hundreds of miles ahead of Peyron’s time as they head towards the equator en route to the South Atlantic. Follow their progress here: click here