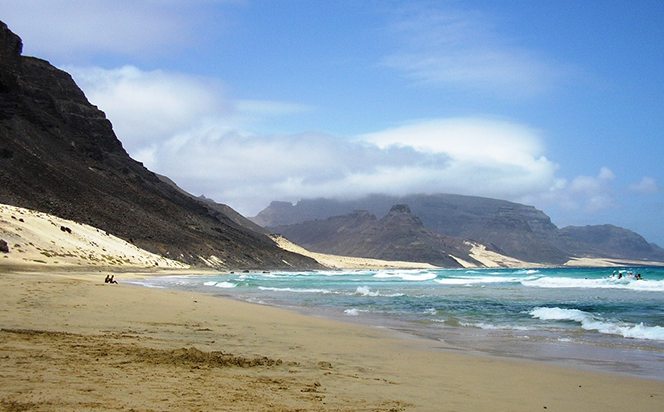 Although often overlooked by those planning on an east to west Atlantic crossing, this archipelago some 400 to 500 miles west of Dakar in Senegal offers the option of an enticing stop over.

Given that yachts sailing on the typical tradewind route after leaving the Canary Islands normally have to head well south to reach reliable winds a visit to the Cape Verdes rarely adds appreciable distance to the overall voyage, yet significantly shortens the Atlantic crossing.

Over the past couple of decades it has become a progressively more popular destination, with a growing number of yachts stopping there each year. In addition, since 2013 a sub-division of the Atlantic Rally for Cruisers, dubbed the ARC+, has set out ahead of the main fleet for a short stop in the islands.

Unlike the Canary Islands, which despite their proximity to the African coast, have a very European feel, the Cape Verdes definitely give a taste of the African continent.

Yet, at the same time they remain very cosmopolitan, partly thanks to the many families with long-standing links to the New England that were originally formed when islanders were recruited as crew for whaling ships.

The most popular stopover for visiting yachts is Mindelo, on the island of Sao Vicente, where there’s both a 120-berth marina and a popular anchorage. It’s a port city with a population of 70,000, although facilities for visiting yachts are much less developed than those of the Canary Islands. While some visitors find this a challenge, others revel in the mostly friendly welcome they receive, as well as the local music and dance. 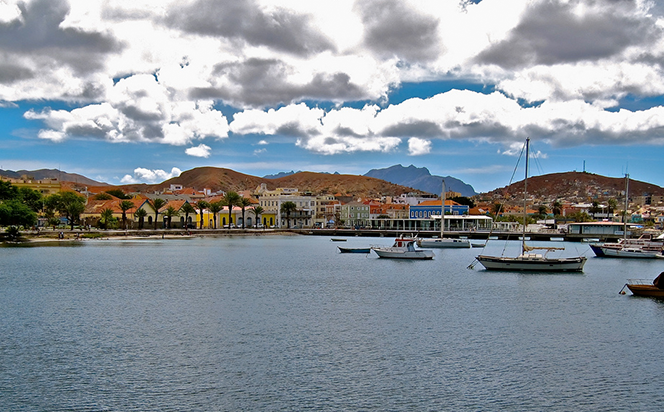 Although the islands have little natural water, desalinated water is plentiful and is not expensive.

There’s little agriculture on the arid islands, so most food is imported and most crews recommend buying the bulk of staple provisions needed for an Atlantic crossing before leaving the Canary Islands.

In all, the archipelago encompasses 10 main islands and a further eight islets. All are of volcanic origin and vary in character.

A visit to the island of Santo Antao is not to be missed – although this is larger than neighbouring Sao Vicente it’s extremely mountainous, with peaks rising to almost 2,000 metres and therefore very verdant compared to its arid neighbour. Yet it’s sparsely populated and remains a largely unspoilt paradise. Most crews take the ferry there from Mindelo, given that the anchorages are, at best marginal, and may be subject to Atlantic swells.