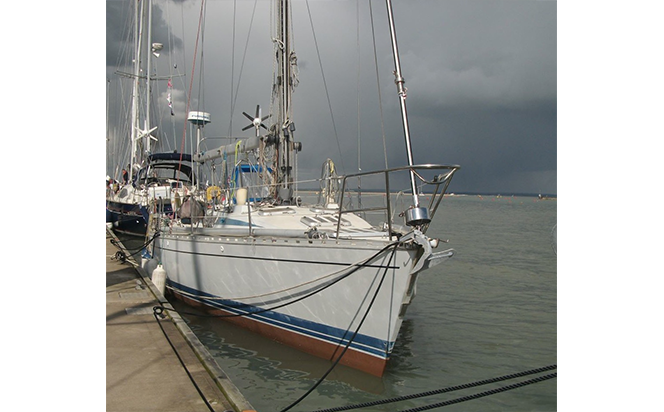 Keith White, a disabled sailor who lost the use of his left arm following a motorway accident in 1991, has embarked on a non-stop circumnavigation.

Unlike most solo sailors his disability means he is genuinely single-handed and must both sail the boat, undertake any repairs that are necessary, as well as hanging on to the boat in inclement weather, without the benefit of the pair of arms that most of us take for granted.
White left his homeport of Cowes on October 23, before making a short stop in Dartmouth. He then crossed the official start line, between the Lizard peninsula in Cornwall and the island of Ushant off northwest France, in the early hours of October 26.

His previous sailing accomplishments include sailing single handed around Great Britain and Ireland in 2005. Two years later he made a single-handed voyage across the Atlantic, up the East Coast of America then back to the UK, crossing the Atlantic a second time. 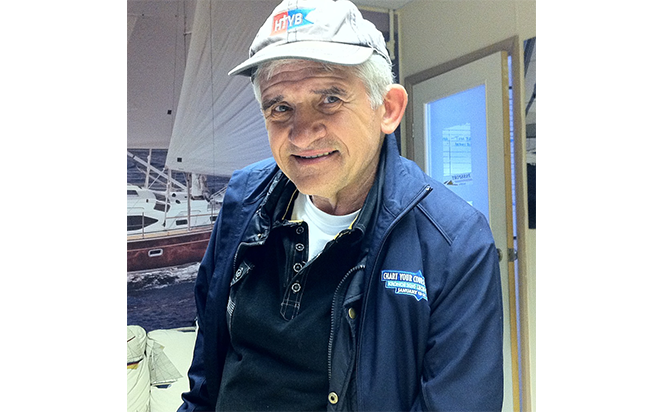 White’s World Challenge will follow the classic Southern Ocean route via the Great Capes, including the Cape of Good Hope, Australia’s Cape Leeuwin and Cape Horn.

He expects to return to the UK in August 2016. His yacht, Marathon, is a 44ft Feeling 1350 that was originally built for the 1990/91 BOC Challenge race (subsequently renamed the Around Alone and then the Velux 5 Oceans).
After crossing the start line he has been making steady progress beating against southerly winds of around 25 knots. During his second night at sea he had to make running repairs to one of the checkstays and his Monitor wind pilot.

It looks as though his next challenge will be a low-pressure system with significantly stronger winds than he has experienced so far, before reaching a strong northwesterly air flow that will push him towards relatively more settled weather in the trade winds south of the Canary Islands. Follow his progress here