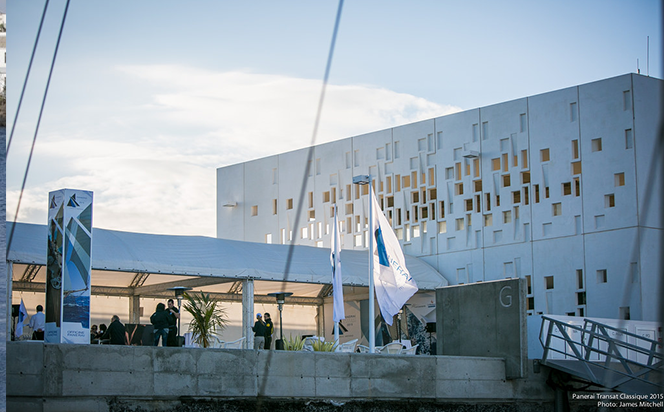 Until recently the capital of Lanzarote in the Canary Islands did not have a full-scale marina, despite being a popular stopping off point for yachts sailing from Europe to the Caribbean. This has changed with the opening of a new and well-sheltered 432-berth facility operated by Calero Marinas. Berths are available for vessels from 4m to 80m length, with more than 300 set aside for transient visiting craft. 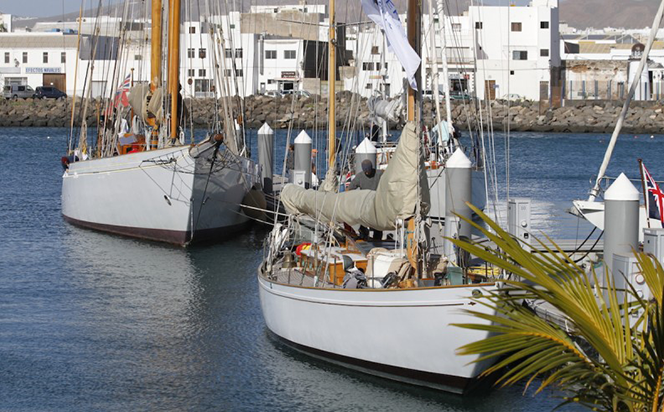 The reefs that help to give protection to the harbour deserve respect on the approach, however, there’s said to be at least four meters depth in the channel at all times. There are also 820-tonne and a 100-tonne travel hoists, with the larger of the two accommodating multihulls with a beam of up to 14.5m. There are also numerous specialist contractors for sail repair, rigging, engine servicing, electronics, metal work and fiberglass repairs based locally. 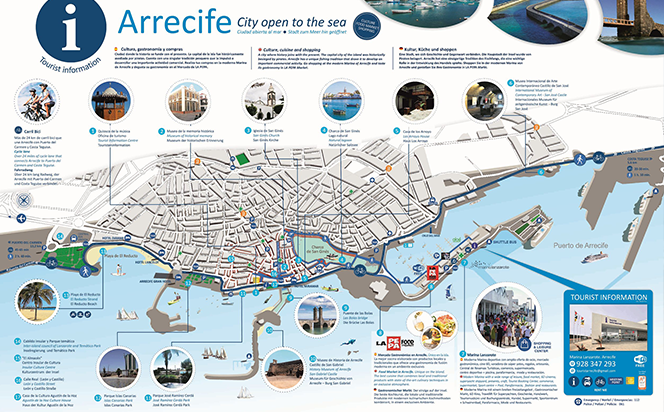 The marina is a focus for a number of waterside bars and restaurants, while this is also an excellent location for provisioning. As well as a good local market, there are supermarkets and even a branch of IKEA near the marina. The compact city, which has a population of 55,000 and has been the island’s capital since the mid nineteenth century, boasts two medieval castles, one of which is home to the Museum of International Contemporary Art. Arrecife’s main beach, an impressive sweep of golden sand, is around one kilometre to the west of the marina.
The island technically has a desert climate, with the little rainfall it receives falling predominately over the winter months. However, temperatures are moderated by the Atlantic Ocean, with average daily maxima comfortably below 30 degrees Celsius in summer, and mean daily minima in the mid teens in winter. 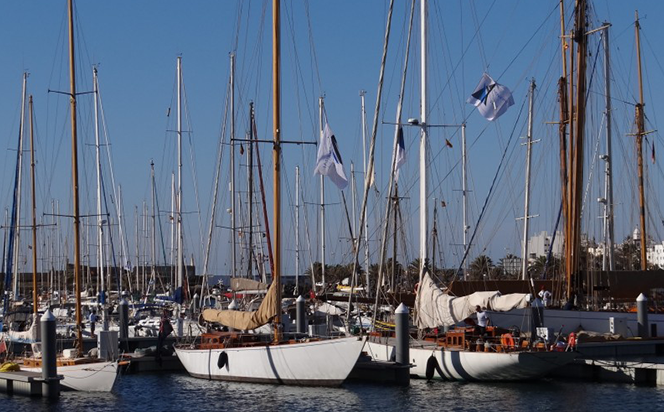 Arrecife is the first major port vessels heading south from Europe encounter when reaching the Canary Islands and is therefore sure to become a popular first destination in the islands. The marina is less than five miles from the island’s international airport and there are ferry services to Europe, Africa and the other islands, making this also a good location for crew changes. The new facility has already attracted a number of high-profile events, including the 2015 Mini Transat Race, and the Panerai Transat Classique.