Close competition for the teams in the 70ft one design yachts. Credit: onEdition

The 10th edition of the world’s longest amateur yacht race, the 40,000-mile Clipper Race started from London at the end of August 2015. The opening leg of the race takes the 12 teams, which are racing identical 70ft yachts, over 5,000 nautical miles from the British capital, across the Atlantic Ocean, the equator and the doldrums, to the Brazilian port of Rio de Janeiro.
It was to prove an emotional and tragic first leg, after a crewmember on board one of the boats failed to regain consciousness after being hit by the mainsheet while reefing. It was the first fatality in the 20-year history of the race.

The boat suspended racing and diverted to the Portuguese port of Porto, where the crew checked into hotels for a few days. While there, crewmembers made a joint decision to rejoin the race and will catch up with the remainder of the teams in Rio. 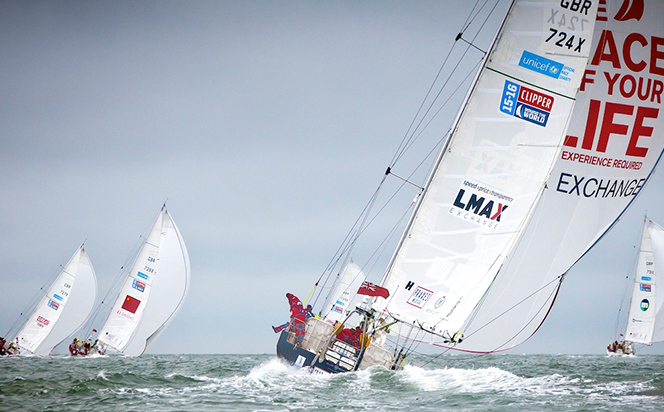 Heading towards the English Channel – and a huge adventure –after the start. Credit: onEdition

LMAX Exchange, skippered by Olivier Cardin, maintained a consistent lead during the first leg. She was first to cross the scoring gate, at the half way mark near the Cape Verde islands, and held a lead of some 350 miles on second placed boat at the finish in Rio. The front runners were expected to finish the opening leg in late September, where they enjoyed a 10 day stop over before continuing on the next leg, a 3,500 mile voyage to Cape Town, South Africa, which started on October 7. 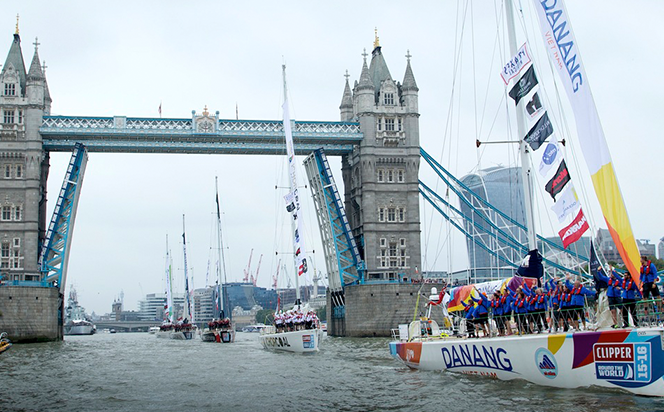 The fleet passing under Tower Bridge in the Pool of London en route to the start off Southend. Credit: onEdition

After that they will cross the infamous Southern Ocean to Albany, Western Australia, before visiting Sydney and the Whitsunday Islands on Australia’s east coast. The next stop will be in the Vietnamese port of Da Nang, followed by Qingdao in China, Seattle in the USA, Panama, New York and Derry-Londonderry.

The final stop will be Den Helder in the Netherlands, before returning to London’s St Katharine Docks for the finish on 30 July 2016.