AfterEXSS1: GC32 foiling catamarans racing in the Solent, off the south coast of the UK, earlier this summer. Credit: Sander van der Borch 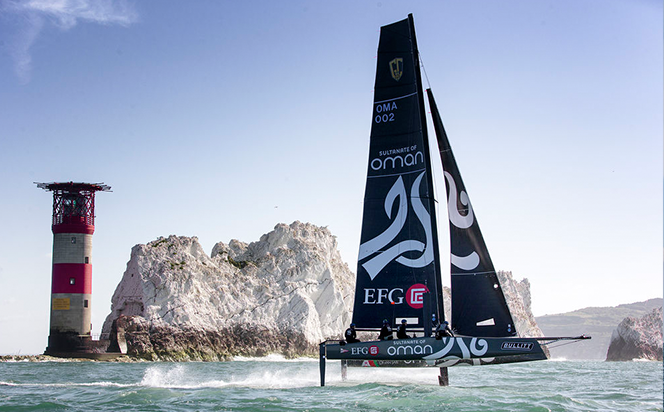 EXSS2: Although smaller than the Extreme 40 catamarans that have been used by the Extreme Sailing Series to date, the GC32 is faster once it lifts clear of the water on its hydrofoils. Credit: Sander van der Borch.
“It is a very exciting time for both the Extreme Sailing Series and the GC32 class. We have always looked for ways to innovate in our sport and, once again, we are breaking new ground for sailing – both through the development of such a global sporting pyramid, and by fleet racing these foiling boats on our stadium courses, which has never been done before.” 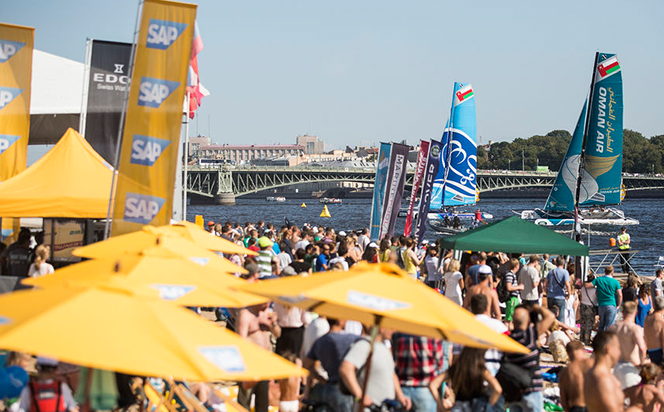 EXSS3: A small, but fast, boat suits the stadium racing style of the Extreme Sailing Series, in which the boats race in very close proximity to crowds of spectators. Credit: Lloyd Images
The series is planning an eight Act tour, with 30 races over four days at each venue during the 2016 season. All will offer stadium racing that gives spectators amazing views of the action in iconic city-centre locations around the globe. The next event on the 2015 calendar is in Istanbul, Turkey in early October, followed by the season’s finale in Sydney, Australia in mid December.
The Extreme Sailing Series is the second major world-series in recent months to announce a move to 32ft catamarans, joining the World Match Racing Tour, which has announced plans to build a series of identical M32 catamarans to be based in the USA, Europe and Asia to be used at future World Match Racing Tour events.