This weather anomaly, which occurs every few years, with a more pronounced effect at intervals of 10 to 15 years, is showing signs of becoming very strongly established in the eastern Pacific Ocean over the winter of 2015/16. Yachts venturing through the Panama Canal and into Pacific waters should therefore be aware of the expected changes to established weather patterns.

A reduction in the strength of the trade winds in the eastern Pacific reduces the equatorial current, which in turn means cool water is not able to well up from greater depths. The warmer sea temperatures result in increased humidity and precipitation on most of the west coast of the Americas, including a greater incidence of tropical storms in South America. At the same time, south east Asia and Australia are liable to see dry weather or even drought. Conversely, El Nino tends to be associated with a reduction of tropical storms and hurricanes in the Caribbean and north Atlantic ocean, although a belt along the south eastern US states, including Florida, and extending as far east as the Bahamas is likely to be wetter than usual. 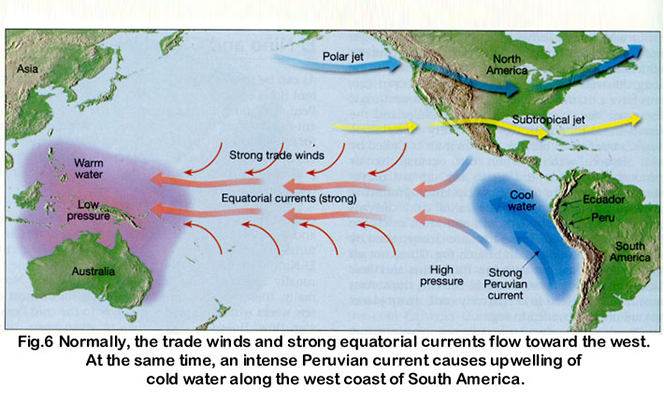 The USA’s NOAA Climate Prediction Center, has confirmed this year’s El Niño is significant and strengthening, with a greater than 90 per cent chance of continuing through the 2015-16 northern hemisphere winter and around an 85 per cent probability that it will last into early spring 2016.

The last major El Nino, in 1997-8 was responsible for an estimated $40 billion in destruction and 23,000 deaths around the globe and yet was accompanied by only a two degree Celsius change in water surface temperatures in the equatorial regions of the eastern Pacific. In the current cycle they are already at this level and show every indication of rising still further, with the result that this could be the strongest El Nino since records began in 1950. 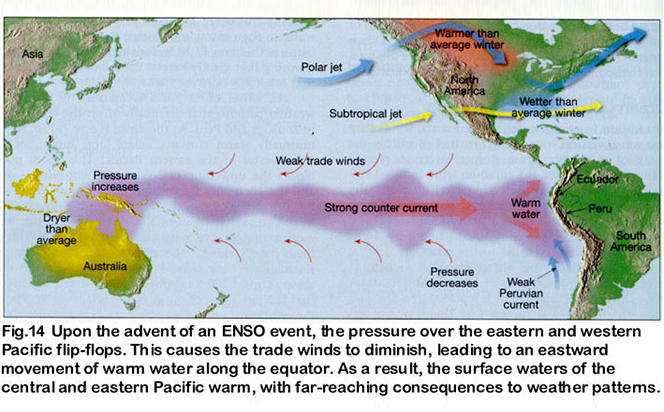 Typically peak El Nino activity is seen from December to February during each cycle. The earth also warms during an El Nino event – 1998 was the warmest year on record at the time, and 2015 and 2016 show every sign of breaking current records.