Chafe of running rigging such as sheets and halyards can be an immense problem during any voyage of more than a few hundred miles.

It’s worth noting that the problem can be at its worst when sailing downwind, or perversely, in very light airs, where the sails will tend to slat around in any kind of an ocean swell.

Never be tempted to underestimate the potential extent of this problem. Genoa sheets that are allowed to chafe on guard rails, for instance, can be destroyed in a couple of hundred miles and halyards can chew through chafe protection in a couple of weeks. 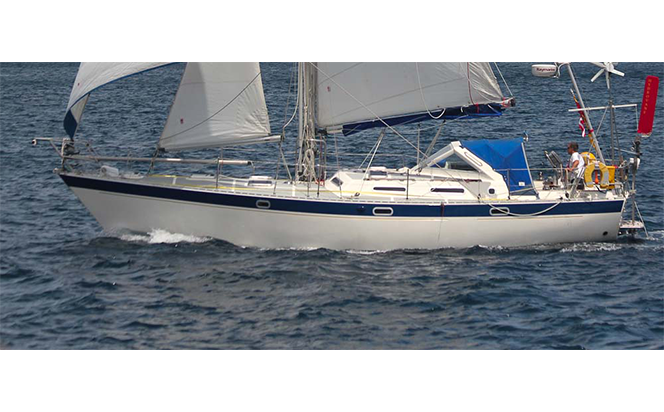 It’s crucial to pay attention to eliminating chafe in running rigging before embarking on an ocean passage of any significant length.

For sheets the solution is easy to arrange – just make sure that they are not allowed to come in contact with anything other than the sail, the genoa cars, any turning blocks in the system and the primary winches.

When sailing off the wind, an outboard sheet lead via a block on the toe-rail will keep sheets away from the guardrails, while also making for a better sail shape that will reduce wear and tear in the upper parts of the leech of the sail.
For halyards, a few hours of preparation time spent in advance can also pay big dividends. In particular, it’s worth examining the sheaves in the mast in advance of a long passage.

If any sharp edges are found then it’s worth removing the sheave in order to file the edges smooth. 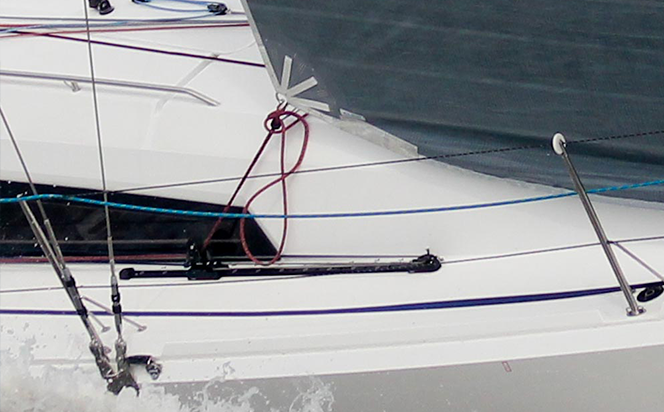 Make sure headsail sheets touch only the sail, genoa cars, turning blocks and the primary winch – this is a good example.

The next stage is to splice a length of Dyneema chafe jacket over the halyard where it passes over the sheave. This slippery material acts in a similar manner to a lubricant to prevent damage to the rope.

In addition, in extreme cases where chafe still takes place it will also work as a sacrificial layer that will protect the load-bearing fibres beneath it. Similarly, spinnaker guys and genoa sheets need protection where they pass through the end of the pole. This is especially true if your route may involve several days of downwind sailing with the genoa constantly poled out. 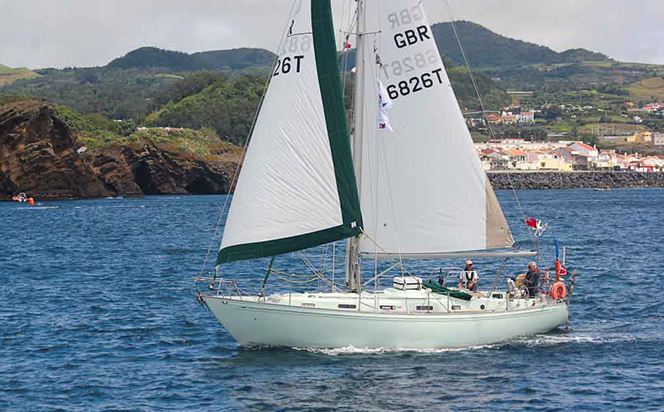 It’s crucial to pay attention to eliminating chafe in running rigging before embarking on an ocean passage of any significant length.

It’s worth noting that spinnaker halyards on masthead rigs can be subject to considerable chafe where they exit the mast before passing through the turning block that’s attached to the masthead crane above the forestay. Check your arrangement carefully to ensure it doesn’t chafe against the mast wall and add halyard diverters if needed to route the line clear of sharp edges.
Pin It