World ARC 2015 cruising in the Pacific

Planning a round-the-world voyage inevitably takes a considerable amount of time and energy. This single fact perhaps explains the appeal of the World Cruising Club’s World ARC rally – the company now has experience gained over five editions of the event and hundreds of successful circumnavigations.

The latest World ARC finished in April 2014, when the fleet arrived back at the Caribbean island of St Lucia, after a 26-leg, 26,000-mile voyage that lasted 15 months. It’s a time-efficient way in which to see the world on your own yacht, with the route planned to give the best seasonal weather throughout the voyage.The 2015 edition of the rally is now in the Pacific Ocean, where participants have already explored the Galapagos, Marquesas and Tuamotu islands, as well as Tahiti and Fiji. From there they will head south to Mackay in Queensland, Australia. After cruising the Great Barrier Reef, the rally visits Lombok, after which it crosses the southern Indian Ocean, stopping at Cocos, Mauritius and Reunion before arriving in South Africa for Christmas. The fleet will then set sail to the tiny Atlantic outpost of St Helena, before cruising up the Brazilian coast for carnival, then heading to Grenada and St Lucia in the Caribbean. 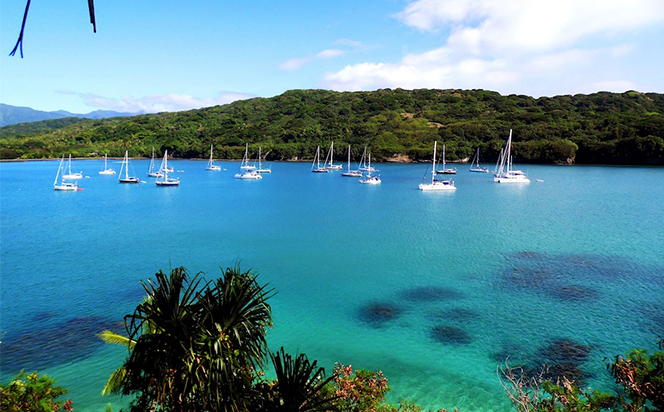 The Start of Leg 12 to Mauritius. Credit: WCC

Entries are open for the 2016 and 2017 editions, with yachts able to start in Saint Lucia or Australia and an option to explore South America via the cold water southern route. Boats can also take a year out to explore Australasia and join the next edition to complete their circumnavigation. The rally is open to both monohull and catamaran sailboats of 40-60ft, with boats falling outside this size range considered on individual merit. 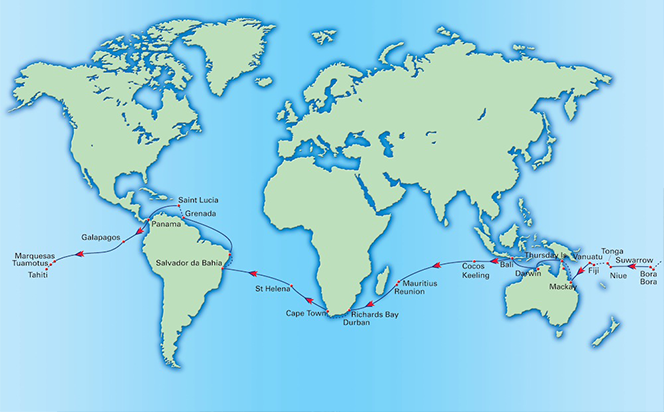