This historic Royal Navy port on England’s south coast, a long-standing favourite with many yacht owners, has benefitted from significant investment in top-level facilities over the past few years. In particular, a large amount of land and water frontage that previously housed naval facilities has been given over to marinas and other marine infrastructure. 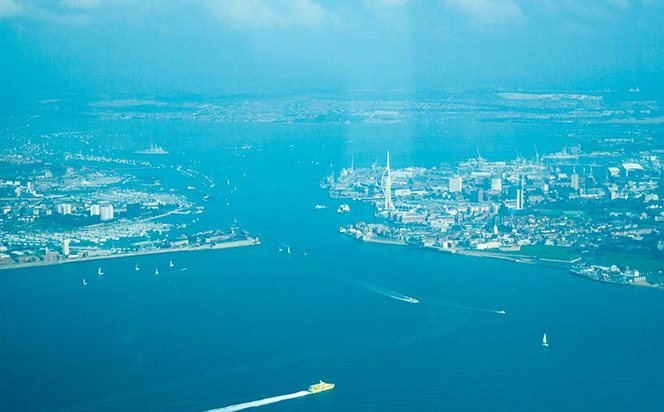 Portsmouth Harbour is blessed with excellent facilities and plenty of space

As a result the harbour has become both an interesting place to visit in its own right, as well as one of the top places in northern Europe for repair and refit work. Among the many boatyards and specialist marine businesses there’s expertise and capacity to cater for all types of vessels, including long-distance cruisers, round the world racers and superyachts of up to 80m length. These factors help to explain why Sir Ben Ainslie, the most successful Olympic sailor ever, has chosen the city as the base for his 2017 challenge for the America’s Cup. 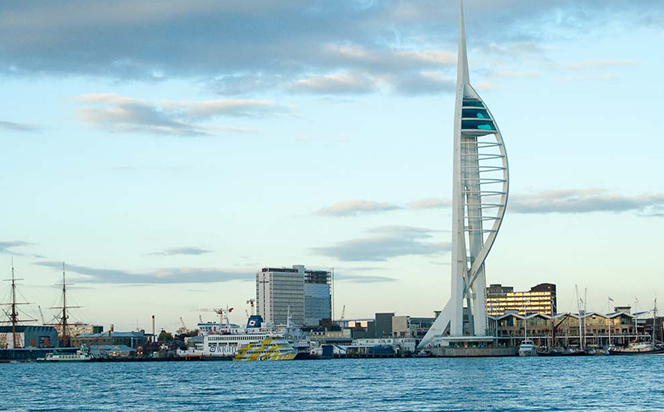 The iconic Spinnaker Tower, near the harbour entrance offers spectacular views over the harbour and Solent from the top levels
The port’s narrow entrance – it’s less than 200m wide – belies the extent of the protected waters within the harbour. Overall, there’s close to 10 miles of navigable water within the main deep-water branches and smaller creeks, and a total area of several square miles at high water. The five marinas provide a total of 2,500 berths, including ample space for visiting yachts of all sizes.
While there it’s worth keeping time aside to visit the Royal Navy Dockyards, where some of the most important historic ships from Britain’s heyday as a global naval power have been preserved. These include Nelson’s flagship, HMS Victory, HMS Warrior, the first ironclad steam/sail driven warship, and the Mary Rose, King Henry Vlll’s medieval warship that sank a couple of miles outside the harbour in 1545. 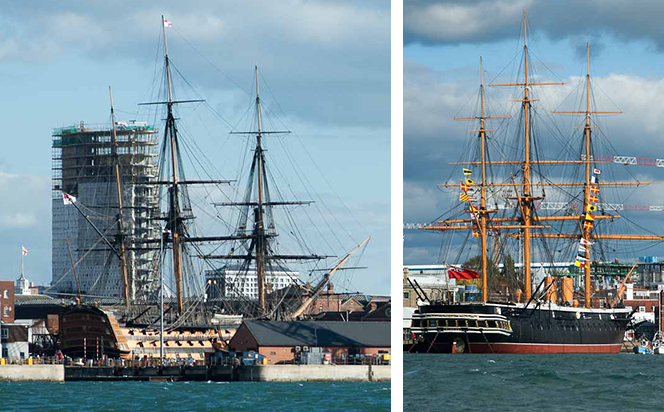 The masts of Nelson’s flagship, HMS Victory, still tower above the modern buildings nearby.
HMS Warrior, the first ironclad warship