The English south coast naval port, which is home to Sir Ben Ainslie’s America’s Cup team, is to host the first event of the 35th America’s Cup cycle. This follows the withdrawal for the Italian Luna Rossa team from competing in the Cup, and the controversial cancellation of an America’s Cup World Series event in Auckland, New Zealand. 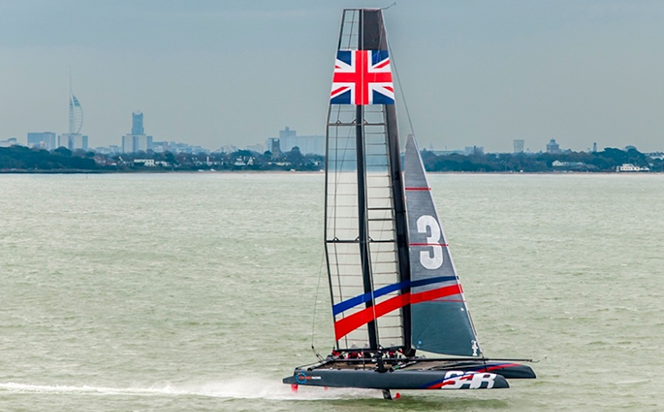 The race area for the Portsmouth event, which will be sailed in foiling wing-sailed 45ft catamarans, will be close to Southsea sea front, allowing on shore spectators to get a great view of the action.

However, with some 30,000 yachts moored within a three-hour sail of the venue, there’s also scope for a considerable number of people to view proceedings from designated viewing areas on the water.
The event promises to be the most popular sailing spectacle in British waters for many decades, with almost 100,000 tickets for on shore spectators already sold. The race village will be open from Thursday July 24, when there will be a parade of sail and other events. The following day, in addition to the practice races there will be a display by the RAF’s Red Arrows display team. 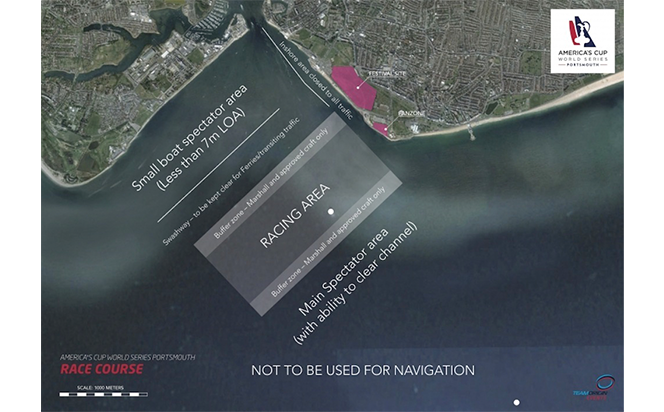 The racing will consist of two races per day on Saturday July 25 and Sunday July 26, following a practice race day on Friday July 24. Points collected in the America’s Cup World Series in 2015 and 2016 will count towards the America’s Cup Challenger Series that’s scheduled to be held in 2017.
The event will overlap with the bi-centenary celebrations for the Royal Yacht Squadron, less than 10 miles away in Cowes on the Isle of Wight. Yachts that will be making the pilgrimage to one of the world’s oldest and most influential yacht clubs include four of the giant J-Class yachts that competed for the America’s Cup in the 1920s and 1930s. In addition there will be a grand-prix fleet including some of the planet’s most successful contemporary racing yachts, including the Ker 46 Tonnere of Breskens, Elan 40 Flair, TP52 Gladiator and Grand Soleil 43 Quokka.