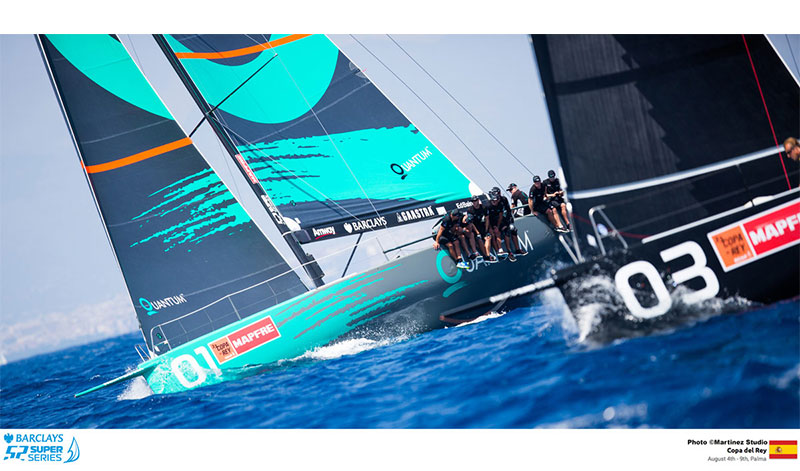 The 33rd Copa del Rey MAPFRE Regatta ended over the second weekend in August in the bay of Palma de Mallorca, with a race for each of the eight participating classes. H.R.M. King Felipe skippered the Spanish Navy’s boat “Aifos” in the class Gaastra IRC 1. And, at the end of the day, eight champions from four different nationalities received their trophies from King Felipe in the final prize giving. 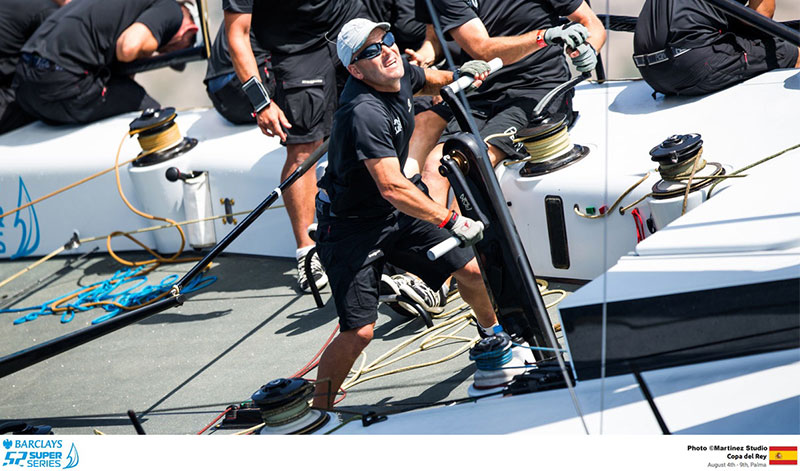 The bay of Palma reaffirmed its regatta racing pedigree with good wind conditions throughout the week, and only added a little bit more excitement on the final day with an irregular wind that reduced the sailing schedule to a single race. The names of the eight winners were decided in the last race of the championship.
The champions of the 33rd Copa del Rey MAPFRE were Americans “Shockwave” (Gaastra IRC 0) and “Quantum Racing” (Barclays 52 Super Series), Italians “Hurakan” (Gaastra IRC 1) and “Lelagain” (Nespresso X 35), Russian “Bronenosec” (Gazprom Swan 60), and Spaniards “Rats on Fire” (BMW ORC 1), “Movistar” (BMW ORC 2) and “Noticia” (Herbalife J80). 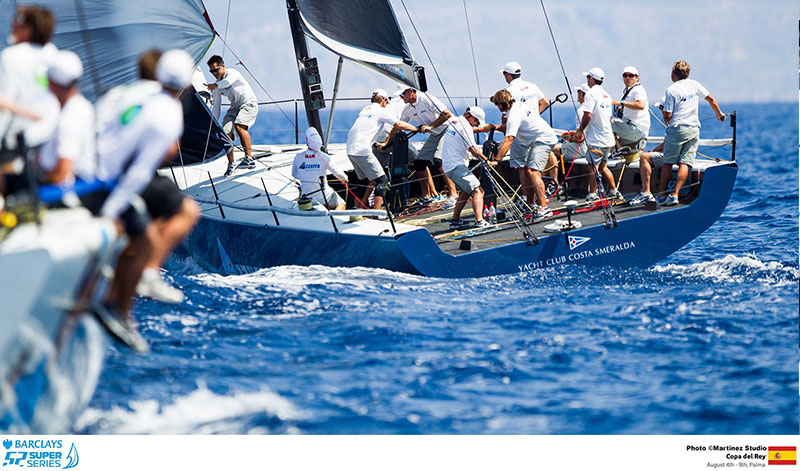 For sheer excitement and the nearest thing to the adrenalin rush of FI Motor Racing on land, most observers agree that the ever-growing TP 52 class is the one to watch. The 52 Super Series continues to represent the very top level of grand prix monohull racing in real time whilst embracing the freedom to make design and technology choices.

But in the TP 52 Copa del Rey races, and despite some stiff competition there was to be no succession over last year’s winner of the Kings Cup. Rán Racing may have gone into the final day of the Mediterranean’s showcase regatta with designs on the coveted trophy, just three points behind reigning champions Quantum Racing, but the defending champions squashed the challenge from Niklas Zennström’s team on the start line of the final, and rolled out overall winners in Palma for the second season in a row.

The 52 SUPER SERIES encompasses two circuits of linked events starting out in the USA early season followed by an intense four regattas series in beautiful European venues between May and September.