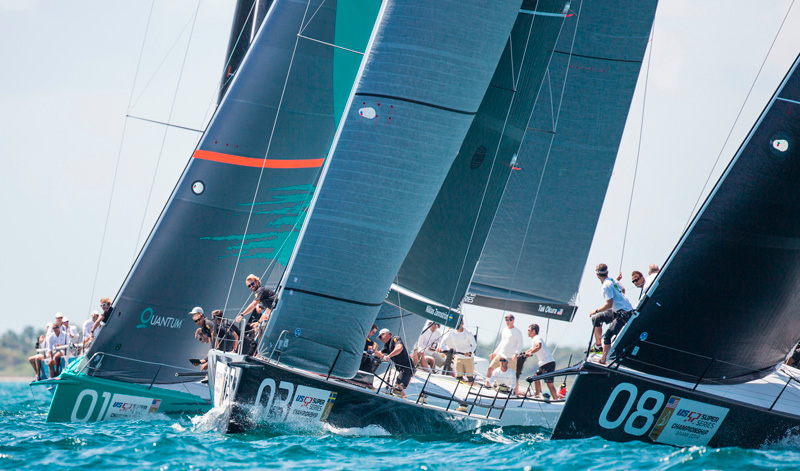 The TP52 Class History can be summed up with the key words ‘fast, fun, and simple!’ This indicates the original thoughts behind the TP52 Rule and Class. You have to read these words in contrast with designing and building one-off racing yachts for handicap rules such as IMS and IRC (International rating and measurement systems,) and in contrast with racing on handicap under whatever rule.

These are boats designed and built to a box rule providing the happy medium between racing different concepts under a handicap rule, and racing one-design boats. This suits many owners of larger sailing yachts who like to race ‘one-off’ yachts but are willing to constrain themselves to fixed limits on the key dimensions and design options for the benefits of boat for boat racing.

The TP52 Class went rapidly to 20 – 25 members, which is a very good number for racing yachts of this size and competitive level. More than 10 nationalities distributed over 3 continents are represented in the TP52 Class. The main focus of racing has moved from the USA to the Med with the highly successful MedCup as the magnet for this move. 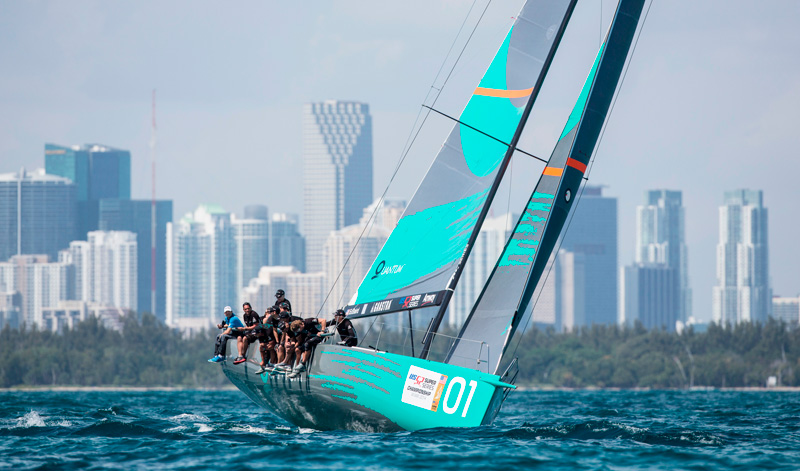 Indeed after completing two back to back legs in the US, the current world series moves to the Med next for the Rolex Capri Sailing Week starting on May 20th, this will be the first stop in the 2014 Barclays 52 Super Series.

If the action in the States is anything to judge by there will be some great racing between the 15 yachts entered, in what has been referred to as the ‘F1 Grand Prix of yacht racing’ and the highest level monohull class in the world.

The home team ‘Quantum Racing’ were victorious in the US 52 mini super-series, which concluded with a fiercely competitive regatta in Miami. The Italo-Argentinean Azzurra team battled it out against Quantum Racing, leading the standings from the start of the week and as long as the breeze was fresh. But the last two light-air days made life very difficult for them, and they had to give up the victory, finally finishing in second place both in the Miami regatta as well as the overall leaderboard.

After Capri the TP52 Super Series moves on to Porto Cervo, Sardinia in June, Palma de Mallorca for the Copa del Rey in early August, and ends the summer in Ibiza in September.