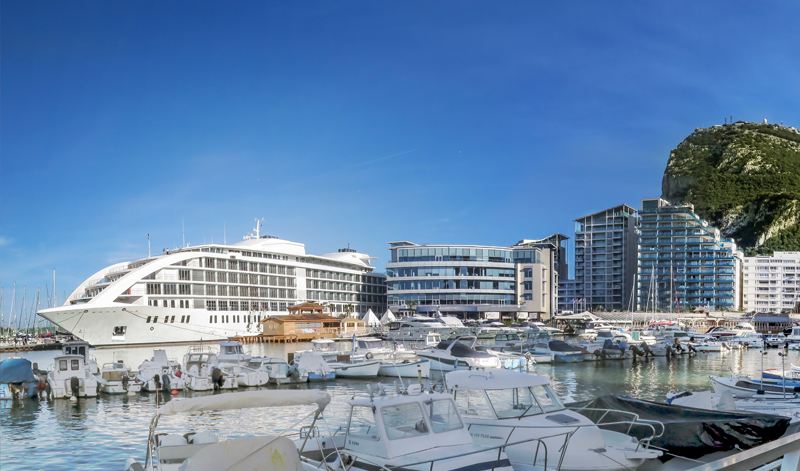 Sunborn Gibraltar a 142 metre long floating luxury yacht hotel, is now gracing the skyline at Ocean Village Marina, having settled in nicely amongst the many high profile tenants that enjoy the unique relaxed and sunny way of life on the famous rock.

Situated at the South Western tip of Europe and adjoined to the Iberian Peninsula, Gibraltar’s story is a long one indeed, in fact its limestone structure was created during the Jurassic period of history some 200 million years ago! The 426 metre high Rock is crown property of the United Kingdom and borders to Spain. The Treaty of Utrecht transferred the sovereignty of Gibraltar to the United Kingdom in 1713, an event of great significance in the history of Gibraltar.  Most of the Rock’s upper area is covered by a nature reserve, home to around 250 Barbary Macaque monkeys (the only wild primates found in Europe.)

So, it’s no wonder that the place still holds a special fascination attracting visitors from all over the world, and has been chosen by her Finnish owners as a preferred location for the Sunborn Yacht Hotel. 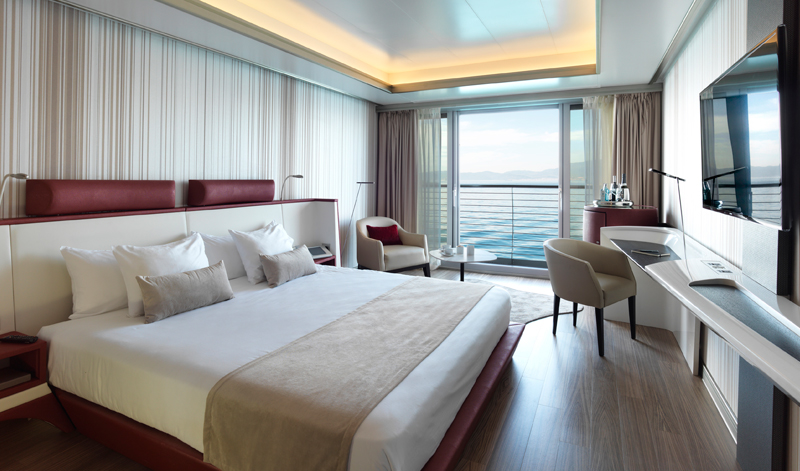 With Gibraltar consistently raising its profile on an international scale and generating a remarkable amount of new inward investment, Sunborn Gibraltar captures the ‘mood of the moment’. Shipping, financial services, tourism, and more recently, online gaming (28 e-gaming firms now account for 20% of Gibraltar’s GDP), form the keystones of Gibraltar’s economy, which experienced GDP growth of 7.8% in 2012/2013 alone. Marina.

Not that Ocean Village Marina’s usual business of providing berths for all sizes and types of yacht is being compromised, in fact it’s being revitalised. This is according to Neil Crawford their Estate Manager who said: “We are now in the process of reconfiguring the pontoons to make the Marina more efficient and create more berths. We will also be building a fixed pontoon walkway directly across the water from neighbouring Marina Bay to Ocean Village, saving a good ten minute walk and of particular use to yachtsmen who wish to visit the Pier Office or take advantage of our newly refurbished shower and toilet facilities.”

“Moreover, the sheer size of Sunborn Gibraltar will unintentionally serve as a wind break in certain corners of the Marina” Neil continued; “This something the smaller boats will appreciate. And now, they have the five star services of the Yacht Hotel to hand – few marinas can boast such exclusivity.”