A much vaunted and highly unpopular Cruising Tax on yachts entering or cruising Greek waters theoretically came into being on 1st January 2014.

According to information gathered by the UK based Cruising Association (CA), the tax will not be collected until a new on-line tax collection system – “TAXIS” – is in operation, and agents appointed to collect this tax have been trained. This is unlikely to occur before the end of February. The CA is negotiating with the Greek Department of Maritime and Aegean Sea to clarify how the law will be applied, and to obtain concessions from some of its unacceptable features. 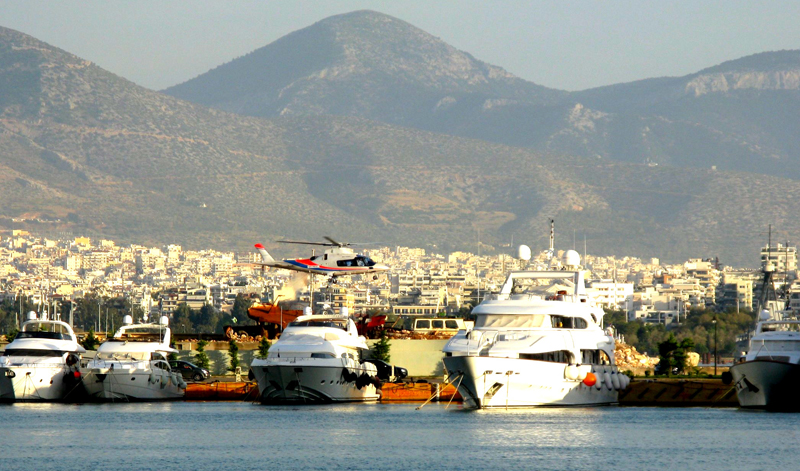 In overview:  A fee will be payable for boats afloat in Greek waters from January 1 2014 and will cover one calendar year’s stay for vessels of 12m and under. Vessels above 12m (Length Over All) may opt to pay one year in advance, or to pay one month in advance at one-tenth the rate (whether this is a calendar month, or any 30 days is not yet defined). Owners and users are jointly and severally liable to pay the fee. Amounts are:

Apart from being bad news for both Greek based and visiting boaters, the tax is also likely to hit the Greek marinas very hard at a time when it can least afford it!

According to a recent Tourism Competitiveness study by the Organisation for Economic Co-operation and Development Think Tank, the central government in Greece have already burdened their marina industry with regulations that set preferential treatment for state-owned marinas, and unequal operational terms among other market participants.

The study revealed that the average occupancy across all Greek marinas is languishing at 67%, thus leaving over 30% of capacity idle. At the bottom of the league table are The Olympic and Faliro  (now renamed Athens) marinas with occupancies of 32%, and a desperate 17% respectively!