by admin • May 23, 2013 • Megayachts, Photo Gallery, Superyachts, UK, Yacht Registration • Comments Off on Isle of Man aims for superyacht boost • 1327

With average summer temperatures of less than 14C and constantly battered by the Irish Sea, the offshore jurisdiction of the Isle of Man may seem an unlikely home for a billionaire’s superyacht.

However, the Isle of Man Ship Registry is now taking yachts with ownerships structures in Monaco or Switzerland as a result of legislative changes approved by its parliament, Tynwald. This represents a strategic move related to superyachts, which was brought about in answer to requests by the yachting industry on the Isle of Man seeing large potential for new business opportunities thanks to these changes.

The move would allow yachts owned by corporate structures in the two countries to be registered on the island, providing lucrative fees for lawyers and boat managers. A network of financiers and service providers also specialise in arranging mortgages, insurance, crews and maintenance for vessels.

The move will allow vessels registered in the Isle of Man to utilise Manaco and Switzerland company ownership structures to minimise their tax and VAT exposure in the EU.

Mr Alex Downie, OBE, MLC, the political member with responsibility for shipping, said “I am delighted to have been able to establish regulations to extend our ownership criteria to include the important financial centres of Monaco and Switzerland. The private sector yacht management companies on the Island see great potential in this latest move and I hope to see more yachts financed in these countries flying the Manx ensign in the future”.

Dick Welsh, director of the Isle of Man Ship Registry said “This a very useful piece of legislation and a great example of the public/private partnership which exists in the Isle of Man. When the list was last changed in 2009, these countries were overlooked in terms of ownership structures but we have since received many enquiries for both ships and yachts with ownership structures which were unable to accept. The private sector worked with us to ensure that business opportunities are not lost and I’m happy that the door is now open for Monaco and Switzerland.”

Nautical industries account for around two per cent of the island’s workforce and generate around £11 million for the local economy. The local government has been keen to encourage the sector as it continues its policy of diversification away from financial services. 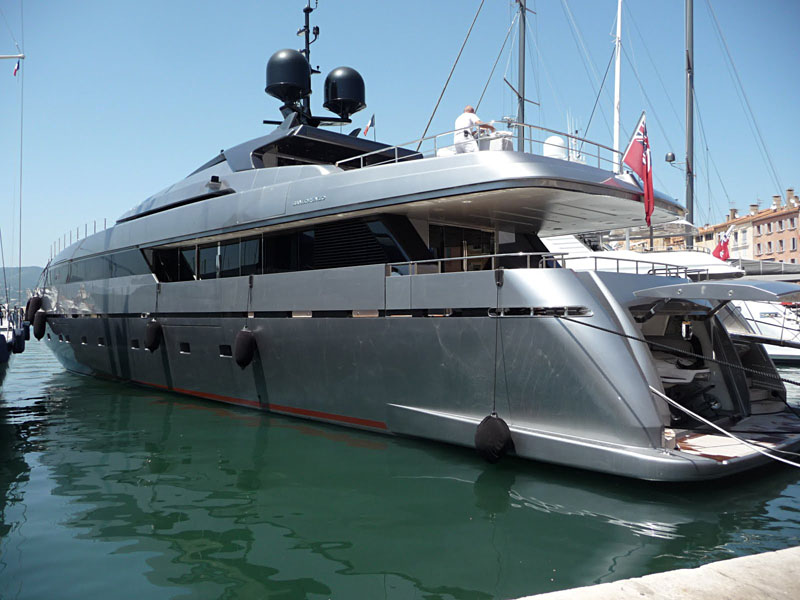 The Isle of Man Ship Registry recorded an eight per cent tonnage increase, surpassing the 15 million Gross Registered Tonnes mark. However, the number of registrations did not exhibit the same growth, remaining consistent at 1,054. Yacht registrations (416) make up around twenty per cent of this total.

The registry’s director, Dick Welsh said “2012 was another very good year for the registry, which continues to thrive, despite the very difficult economic times which our operators and the shipping industry in general continue to face.”

The Isle of Man maintained its position among the most respected registries, a feat recognised by the International Chamber of Shipping’s annual Flag State Performance Table which awarded it top marks. It also continued its status as a low risk flag state among Paris MoU states for PSC inspections. This status is awarded to registries that sit in the top third of the Paris MoU whitelist.

Minister for Economic Development, John Shimmin said that ensuring the provision of favourable conditions for superyacht owners would remain a priority: “I am pleased to see that the registry’s client base has grown in recent years and this year is no exception, particularly into new areas in the Far East. In 2012 we have welcomed a great deal of new tonnage…now operated out of the key Asian shipping centres. The registration of ships continues to provide a great introduction to the Isle of Man and helps spread the word of our can-do approach to business.”

“I will continue to support the Ship Registry to ensure its success continues into the future. I will also look to see where the Isle of Man can provide further cost effective solutions yacht owners, and operators to provide a one-stop-shop for all of their needs.”

The whole report can be downloaded here (pdf) : http://www.gov.im/lib/docs/ded/shipregistry/formsdocs/reports/iomsr/2012report140313a.pdf