Where Billionaires Choose To Dock: The World’s Most Expensive Marinas

by admin • April 18, 2013 • Berths and Moorings, France, Italy, Marina Reports, Mediterranean, Superyachts • Comments Off on Where Billionaires Choose To Dock: The World’s Most Expensive Marinas • 2178

Superyachts are the playthings of the rich. But, where is the place to be seen? Here’s five of the chicest, most expensive marinas to moor up and bump bows with the best of them.

To moor in one of the world’s most expensive marinas during high season, a superyacht owner can be expected to pay up to $4,130 per night, and during prime time events such as the Monaco Grand Prix rates can skyrocket to $100,000 or more for a five-day stay in Monaco’s prime berths. 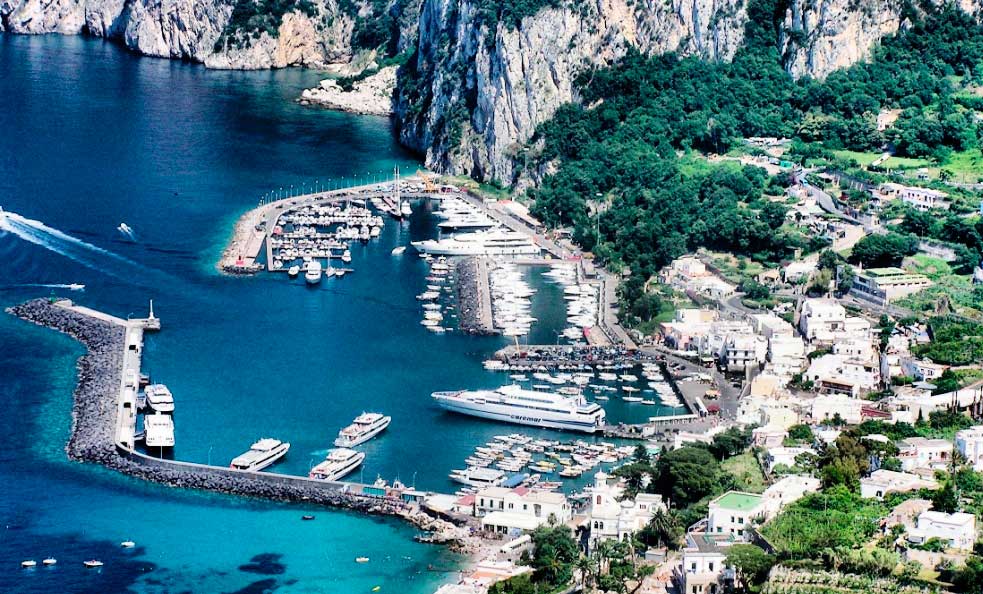 You can expect to pay around $4,000 per night in high season for a place to dock in this Italian marina. Capri has been a favorite with the rich and famous for many years now. In the 1950s, the likes of Clark Gable, Sofia Loren and Jackie Kennedy would congregate on the this island. Today, it is not unusual to see both Rising Sun (8th largest yacht in the world) and Pelorus (20th in the Top 100 Largest Superyachts), both owned by media mogul David Geffen, floating out at anchor. A-list celebrities such as George Clooney, Beyoncé and Jay Z are also often seen exploring the tiny island, or gracing one of its super excusive nightclubs. 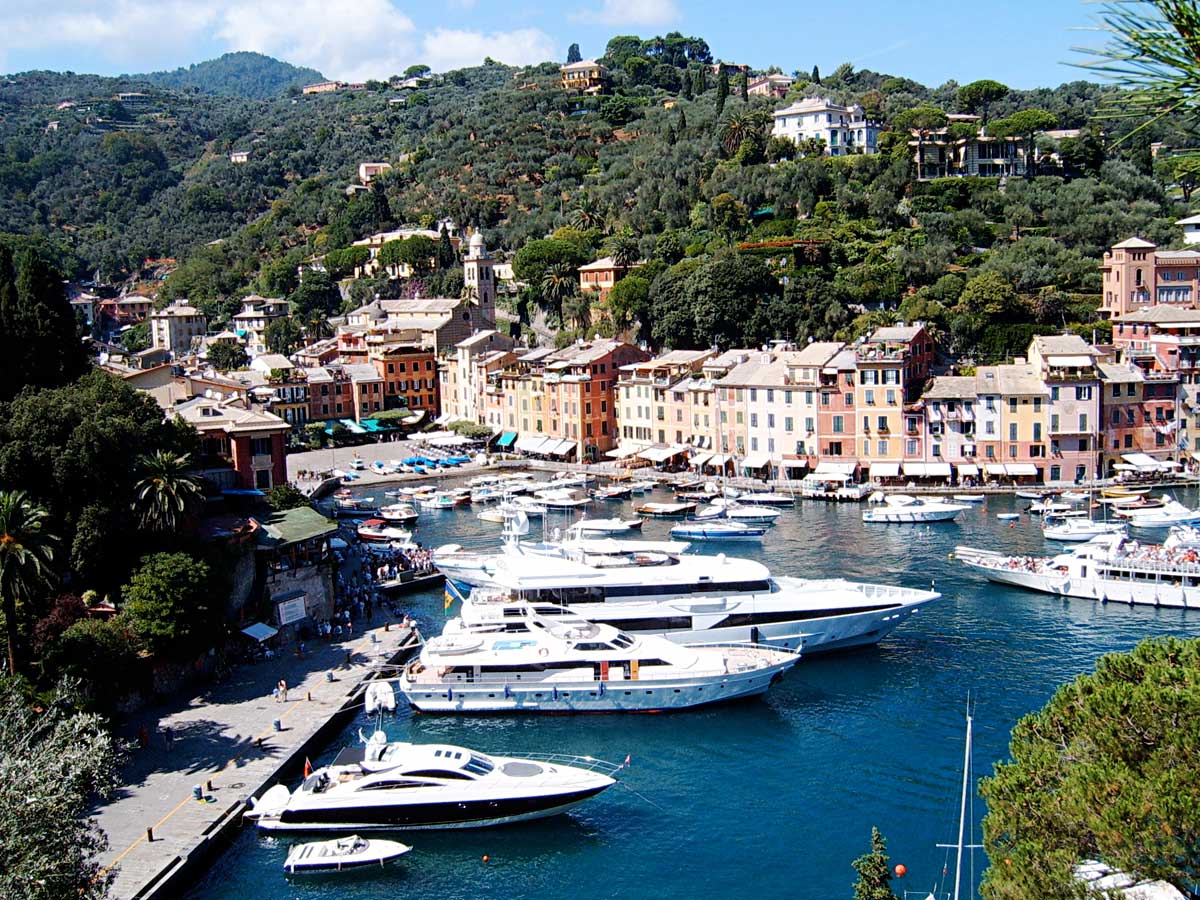 High season prices skyrocket up to $3,335 per night for a mooring in this exclusive marina. Portofino was once a small fishing village and has only one road in and out, which incidentally is usually closed, allowing the area to remain unspoiled. Arguably one of the prettiest harbours out there, Marina di Portofino is where only the wealthiest can afford. It has only 14 berths maximizing the privacy and therefore the exclusivity of the marina. If you get a spot, expect to mingle with the likes of Steven Spielberg (owner of the yacht Seven Seas), Coldplay front man Chris Martin and pop singer Rihanna. It is also a favorite spot for Russian billionaire Andrey Melnichenko, owner of the 119 metre Philippe Starck-designed superyacht A.

To moor your 50-metre-plus superyacht in this super luxe port it is going to set you back up to $3,100 a night in high season – and why not, seeing that back in 1959 Prince Karim Aga Khan carved out this village as a private retreat for his wealthy friends and family. Today, it is a little different from HRH the Aga Khan’s original dream. The “village” today is made up of high-end boutiques, and designer nightspots including the nearby infamous Billionaire nightclub. The world’s largest superyachts are often seen gracing the surrounding seas too, including the 110 metre Dilbar, and Serene, the world’s ninth largest yacht.

It was in this very town a few years back that George Clooney was refused entry into one of the exclusive nightspots.

Saint Tropez in the south of France has long been associated with the rich and famous. Originally made famous by Bridget Bardot in the 1950s, this French Riviera town still holds the heart of jet-setters, models and celebrities alike.The town has largely kept its quaint charm with its narrow streets. The marina doesn’t actually allow superyachts over 70 metres, instructing them to drop anchor out of port.  Bernard Arnault’s superyacht Amadeus is often seen floating off France’s Côte d’Azur, along with the iconic 88 metre Maltese Falcon, originally built by US venture capitalist Tom Perkins and now owned by Elena Ambrosiadou. Hotel million-heiress Paris Hilton is another fan of Saint Tropez and can be found sampling the delights of La Voile Rouge – one of the most expensive beach clubs in town. 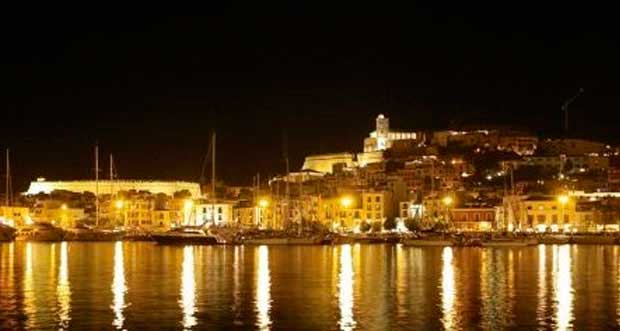 This marina is often referred to as one for the young, rich and trendy. Ibiza Magna is located minutes away from the island’s casino strip and infamous nightclub Pacha – renowned for it’s extortionate bar prices and all-night parties.

For those with yachts below 60 metres be prepared to pay up to $3,660, and for superyachts over this length, once again the preference is to drop anchor outside of the main port. The Indian steel billionaire Lakshmi Mittal’s yacht has been seen out at anchor here, along with arguably the most famous yacht in the world – and the current largest yacht on the planet – Eclipse, owned by Roman Abramovich.

In Ibiza, superyacht billionaires mingle with the stars like Jade Jagger and Kate Moss who either own or regularly rent villas on the island.

For most superyacht owners or megayacht charterers, you could say that these pricey mooring fees are nothing but a drop in the ocean, but it’s not only the very rich and very famous who get to enjoy superyachts and megayachts in these exclusive locations – you can too, if you have the wherewithal to charter one of these magnificent vessels.