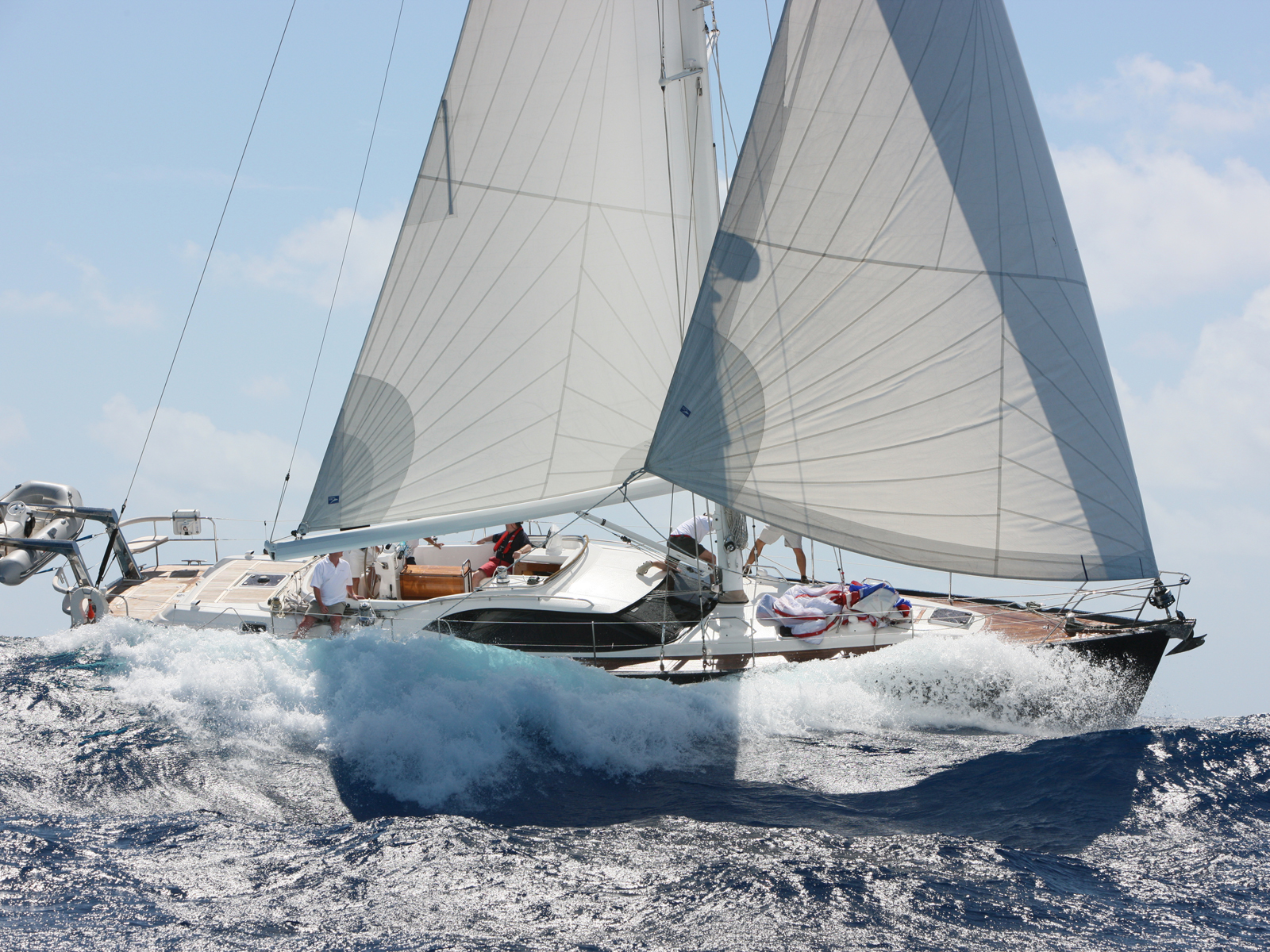 Yacht builders are enduring torrid times and one company currently riding out a storm of change is Oyster Yachts. Still regarded as a top British yacht builder with an excellent worldwide reputation, the company is being forced to re-align itself in reaction to what chief executive David Tydeman describes as a ‘double dip’ in the market.

This comes on top of two highly-publicised changes of ownership, first in 2008 when founder Richard Matthews sold the company for in excess of £70 million to Balmoral Capital and then, last year, when Balmoral off-loaded at a big loss to a Dutch investment partnership for £15 million.

Putting aside the figures, the ownership changes have left the trimmed down company free of debt and free to make their way under, shall we say, reduced sail in very choppy waters. But there’s more reduction to come. 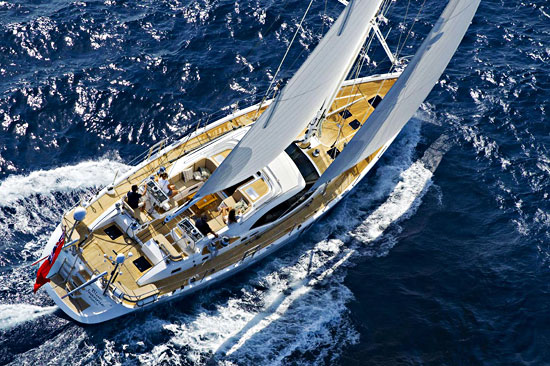 The figures are straightforward. In 2006/7 yacht sales amounted to £65 million. In 2008/9 they were massively down at £45 million (the first dip), 2010/11 figures were record breaking at £80 million but the prospects for 2012/13 look like barely reaching  £45 million, representing the double dip and also below what Tydeman predicted to his new owners. Profits for 2012 will amount to just £1 million although David Tydeman said it will be enough to provide a window to undergo change.

Redundancies at Oyster’s sales and marketing base in Ipswich are about to be announced – at least 15 full time jobs will go – and the acquisition of one of their once key sub-contractors Landamores (which now becomes Oyster Yachts Wroxham) is complete. 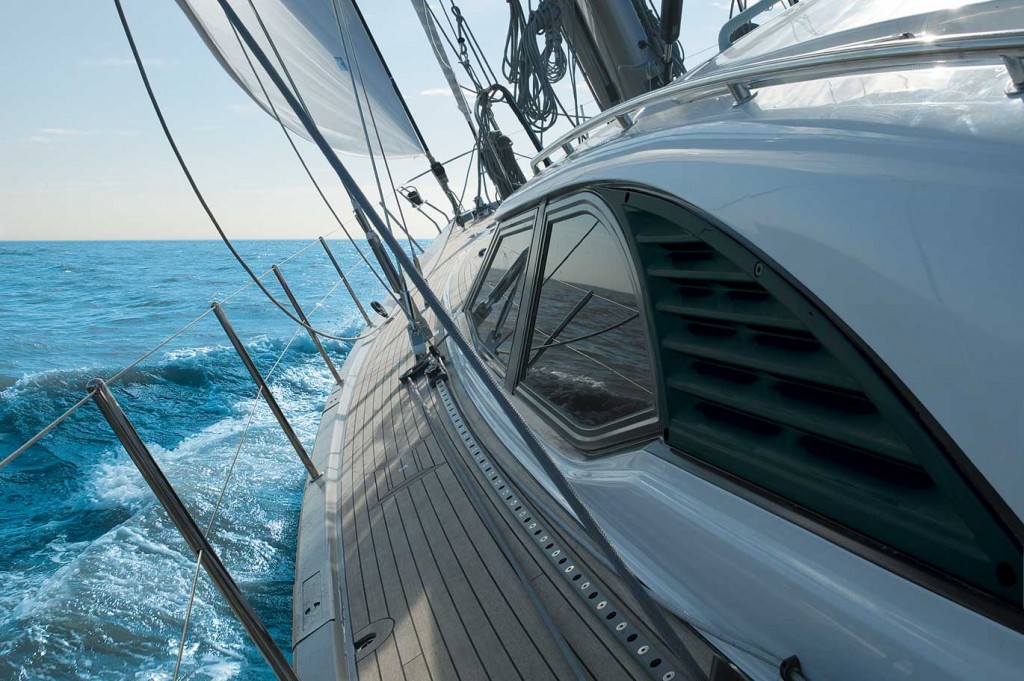 The workforce is currently being consulted about their future employment, but David Tydeman has confirmed to Yachting World that 15 key jobs will go from the 280 across the company.

The consequent demise of Windboats, also in Wroxham, as an Oyster contractor comes alongside the re-branding of Oyster’s Southampton-owned base from Southampton Yacht Services to Oyster Custom and Refit, a re-structuring package which in part demonstrates a complete reversal of the sub-contracting regime upon which founder Richard Matthews built his fortune. It also points to the importance Oyster now puts on refit and possibly one-off new yacht building.

It’s not just a sign of the times, but one which Tydeman claims makes better and more flexible use of facilities, puts them in closer control of their manufacturing and brings their highly sophisticated design and development capability alongside the building process itself. Until now Catia-derived design and development has been based at the Oyster HQ in Fox’s Marina in Ipswich, which, Tydeman believes, is too remote from Wroxham and Southampton. “We sucked way too much (Catia design) into Ipswich but without cutting out duplication in Wroxham and Southampton,” said David Tydeman. 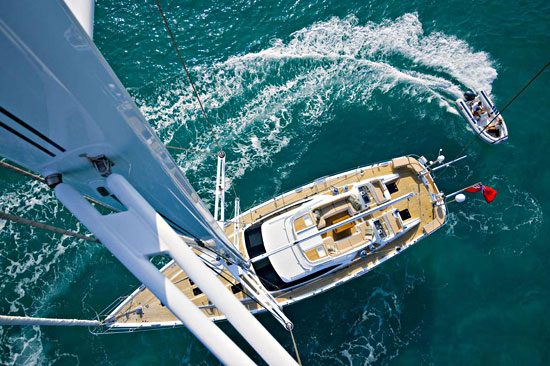 There is no getting away from the fact that sales of the 46ft to 62ft yachts in their range have halved compared to the average over the past 10 years.

By concentrating construction at Oyster Yachts Wroxham and Oyster Custom and Refit in Southampton, Tydeman can more easily move orders between the two build centres. Wroxham will be capable of building all models up to the 825. However, Southampton will continue to build the larger yachts in the range range focused on the 825 and the 885 and capable of also building the new 725.

The first 885, recently exhibited at the PSB Southampton Boat Show, got a boost when FI businessman Eddie Jordan was revealed as the owner. At £6 million apiece the 885 and her close sisters make useful contributions and give Oyster a means of balancing the reduced orders for smaller yachts.

Tydeman is also flagging up the company’s willingness to fully customise the larger yachts in the range, especially the 885 all of which have different lay outs. There’s even an option to change the stern shape from a reverse counter to an extended traditional design which adds a lot more deck space. Several clients have taken this option. Again this is a complete departure from Oyster’s one-time Ford-like mantra that clients can have any lay out as long as it’s the standard one. It even extended to the 100 and 125. “The willingness to say yes to changes has secured us at least five contracts,” said David Tydeman. 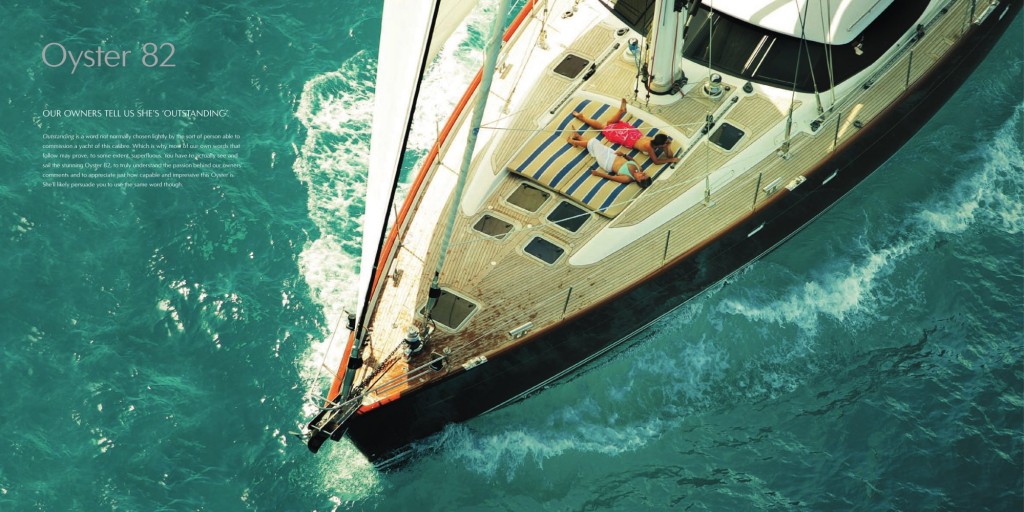 As for the smaller yachts, there are design refreshes about to be announced for the 575 and the 54 plus some interesting news about a new, smaller yacht. Tydeman says that there is a tendency for some owners of much larger yachts to trade down to something more manageable as they get older and this yacht could fit the bill. To make it work the new, smaller yacht, to be priced at about £750,000, would have to be built in substantial numbers so the timing of the launch needs to be in tune with the economy re-energising.

Liz Whitman, the company’s marketing director who has developed a string of Oyster regattas and came up with the idea of the Oyster World Rally taking 28 yachts round the world in 2013, says penetrating untapped markets especially in eastern Europe is now paramount. She claims that the effectiveness of traditional boat shows is wearing thin when it comes to finding genuinely new clients and capitalising on special events like the company’s 40th birthday in 2013 with bespoke celebrations gets better results.

Oyster’s foray into superyachting at RMK in Turkey was well timed for Richard Matthews’s sale and looked right when the seeds were sown in 2006/7, but it quickly became a burden when recession struck. Three boats have been built, the first a 100-footer for an Australian, another 100-footer which is seriously for sale by its UK owner for Euros 10 million and the first 125, as yet un-launched and owned by Richard Matthews, is on the market for about Euros 16 million.

The Turkey ‘diversion’ is all but moribund and David Tydeman revealed that costs in Istanbul had become an issue, but the resin-infusion moulds at the centre of the £5 million investment are still available should anyone wish to buy an Oyster superyacht. 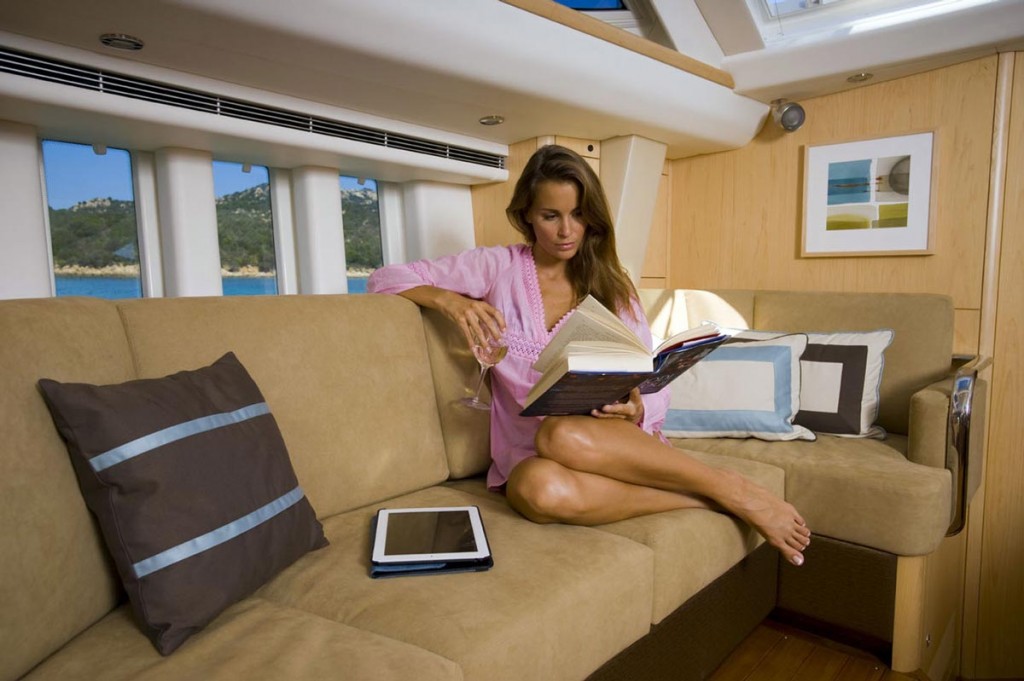 Not that David Tydeman has dismissed big boats. Interestingly, he has asked Rob Humphreys to design a concept 115-footer (illustrated above) outside the Oyster range, but for an existing Oyster owner. The idea would be to build at the Southampton base using the well-skilled workforce currently working on the bigger Oysters. Hull and deck may be sub-contracted but the project is very much in its infancy and there are few details.

In addition Oyster Custom and Refit have major feelers out for refit work and currently there are up to a dozen projects worth anything from £100,000 to £4 million.

As new build activity has slowed the importance of refit has correspondingly accelerated and Oyster’s Southampton base is well placed to captitalise with an excellent reputation built on work they have done for yachts like Velsheda, Hetairos, Mari Cha 111 and Leopard.

This re-structuring programme comes at a time when the Oyster product has reached new, world-class levels of construction and finish, something that should give them a head start when the market begins to move. “Challenging times all round, but we’ll come out of this quite strongly, I am sure,” said David Tydeman.