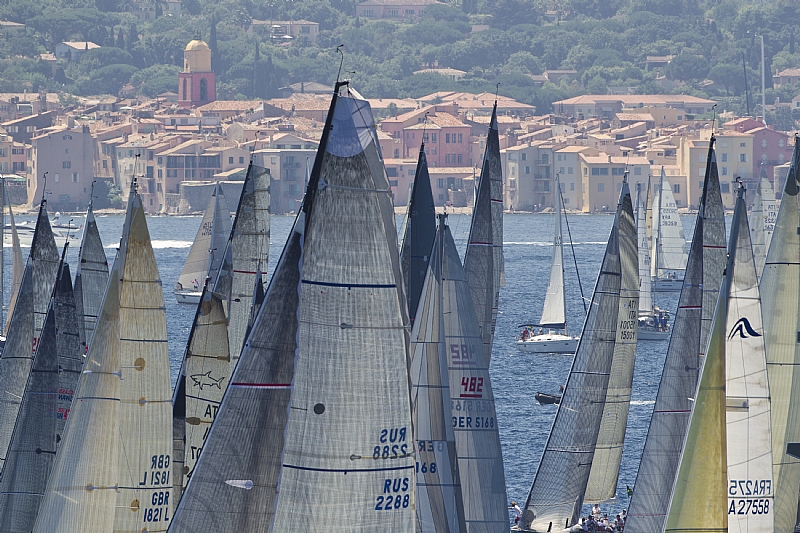 Today’s prologue race from Sanremo, Italy to Saint-Tropez, France marks the official start of the 2012 Giraglia Rolex Cup, one of Europe’s most recognised and respected sailing events, which celebrates its 60th edition this year.

Together with three days of inshore racing, commencing on Sunday 10 June in scenic Saint-Tropez, the prologue race serves as an opportunity for crews to channel their competitive instincts ahead of the main event: the circa 242-nautical mile offshore race from Saint-Tropez to Sanremo via the Giraglia Rock, located off the northern tip of Corsica. In the region of 180 yachts, representing almost twenty countries, are expected to set sail on Wednesday 13 June in a contest that has run every year since its inception in 1953.

The offshore race Giraglia Rolex Cup is always hard to forecast, given the size of the fleet and the unpredictability of the elements throughout the course. In recent years the week’s main prize – awarded to the overall winner on handicap – has swayed the way of smaller boats. Five of the last six winning yachts have measured under 50-feet in length, proof of the fickle conditions the fastest boats have faced.

The expected 18-strong Maxi fleet (yachts over 60-feet) will be hoping for more favourable conditions than those that have categorised recent editions. Sir Peter Ogden’s 62-ft Mini Maxi Jethou (GBR), fresh from dominating a pulsating Rolex Volcano Race is the form Maxi yacht offshore. Whether the conditions will favour a particular size of yacht will only become clearer on the day of the start.

Evidence of the event’s international appeal lies in the fact that yachts from six different countries have claimed the overall win in the past ten years. Dominique Heyraud’s 37-foot Foxy Lady scooped last year’s prize – the first French crew to claim outright victory since 1996 – a rather surprising statistic considering the country provides a significant portion of the fleet. The other host nation – Italy – has enjoyed greater success, boasting four of the last ten winners. Over 80 Italian yachts have registered for this historic meeting.

Foreign yachts have dominated line honours ever since Raffaele Raiola’s Idea (ITA) triumphed in 2002. This statistic is unlikely to change in 2012. Barring a catastrophic equipment failure, Igor Sim?i?’s pan-European crew onboard the 100-ft Maxi Esimit Europa 2 (SLO) are expected to continue their domination as they seek to seal a hat-trick of victories as fastest finisher. For Sim?i?, a more tantalising goal is breaking the four-year old race record of 18 hours, 3 minutes and 15 seconds set by the same boat, under its guise as Neville Crichton’s Alfa Romeo 2 (NZL) in 2008.

As always, the competition will witness ‘races within a race’ as yachts of similar size vie for supremacy against their immediate peers, but if conditions pick up once the larger boats arrive in Sanremo, an unheralded, smaller yacht may again prevail. The Maltese J/122 Otra Vez, competing for the first time, is one such possibility: “It is the largest keelboat regatta in the Mediterranean and the fact that it is the 60th edition draws us to event,” explains Edward Gatt Florida, co-skipper of the eight-man crew. “We have a competitive boat and a full set of new sails so it is a good opportunity to do the race. The secret is keeping focused and maintaining a momentum for the full duration.”

The Giraglia Rolex Cup is an unpredictable beast. Endurance is a key attribute in an intense race where mistakes are punished ferociously and almost impossible to rectify. Steely determination and meticulous preparation are common traits demonstrated by the week’s winning crew, who will be rewarded during the final prizegiving in Sanremo with the Rolex Challenge Trophy and a Rolex timepiece.

The Giraglia Rolex Cup is organized by the Yacht Club Italiano, in conjunction with the Société Nautique de Saint-Tropez and the Yacht Club de France, prestigious organisations with well-established ties to Rolex.