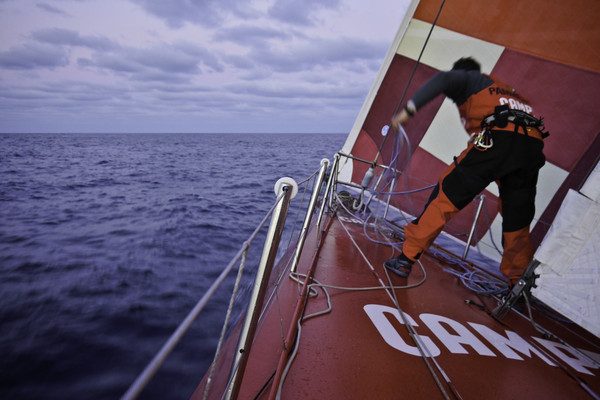 After a bumpy night beating down the Spanish coast in head winds gusting 25 knots, Chris Nicholson’s CAMPER leads the fleet towards the first waypoint 55 nautical miles dead up wind to the entrance to the Straits of Gibraltar.

Telefónica (Iker Martínez/ESP) is hard on her heels just over six nautical miles behind, while PUMA’s Mar Mostro (Ken Read/USA) and Groupama 4 (Franck Cammas/FRA) are only 10 miles adrift in third and fourth position.

At 1300 GMT today, the fleet had clearly split with Telefónica and PUMA’s Mar Mostro taking the inshore track where the sea state is worse, but the winds are lighter, and CAMPER and Groupama 4 are 28 nm further offshore in a lot more wind. The short choppy sea state has caused the fleet to throttle back to an average speed of approximately 12 knots.

It has been a testing 24 hours for the six-strong fleet which left Alicante yesterday in a blaze of glory.  The strong conditions have caused Abu Dhabi Ocean Racing’s Azzam (Ian Walker/GBR) and Team Sanya (Mike Sanderson/NZL) to suspend racing , leaving the remaining four to press on towards Gibraltar and the exit out into the Atlantic. 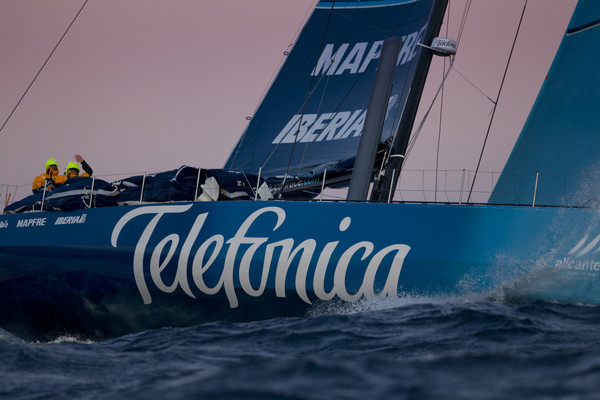