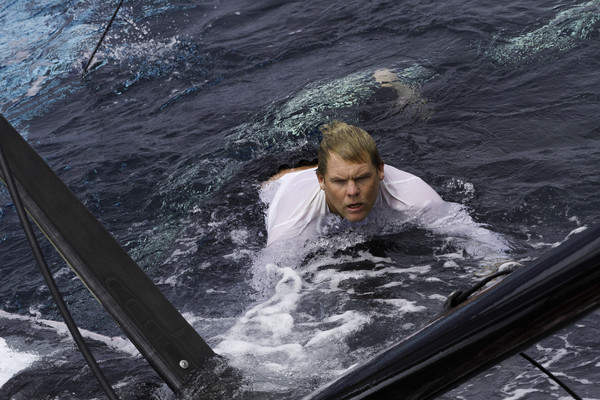 The Volvo Ocean Race claimed its third victim today when American team Puma broke their mast, leaving the fleet down to half strength after just over two weeks of racing.

Puma, who finished second in the last race and were among the favourites heading into the eight-month, 39,000 nautical mile (72,228 kilometre) challenge, saw the mast break into three in waves of around three metres in the South Atlantic 17 days into the first leg. 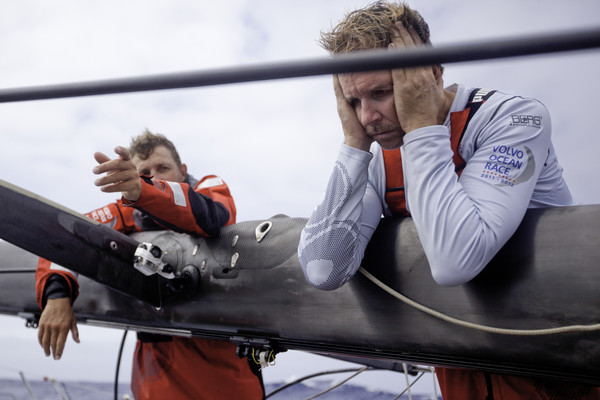 Ken Read’s team had been running second after a cat-and-mouse battle with leaders Telefonica over the first two thirds of the mammoth 6,500-nm first leg from Alicante to Cape Town.

Read reported from the boat that no one had been injured in the incident, which occurred with 2,150 nm to go in the leg.

“This is the saddest and most disappointed 11 people on earth,” said Read. “We were in a comfortable second position.

“There was no panic on board and all crew are safe and well,” Read added. “Thanks to amazing seamanship, the three pieces of the mast and all of the sails were recovered.”

Just three of the six teams who started the race in Spain on Nov. 5 are still going in leg one, though the points structure of the race means all can return to the start line for leg two with their hopes of overall victory intact.

Telefonica, the Spanish team who finished third in the last race in 2008-09, lead by around 100 nm from Team New Zealand entry Camper, with French boat Groupama a further 300 miles behind.

The estimated time of arrival for the leaders is currently Nov. 27. 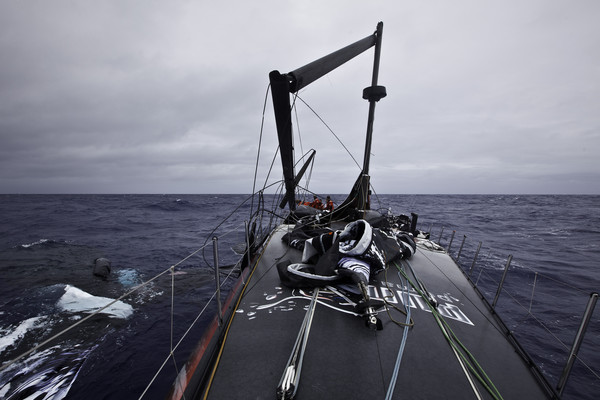 Sanya and Abu Dhabi were the first boats forced to retire from leg one after the fleet headed into brutal conditions in the first 24 hours of the race in the Mediterranean.

Both Sanya, and Abu Dhabi are shipping their boats to Cape Town to get them ready in time for the second in-port race on Dec. 10 and the start of leg two to Abu Dhabi on Dec.11.

Puma have not officially suspended racing or retired from the leg, pending a decision on whether there is any chance of them limping into Cape Town to collect 15 points for fourth place. No points are awarded to teams who fail to finish a leg.